Windah Basudara Channel Hacked Monika – Windah Basudara or Brando is one of the leading game streamers in Indonesia. He often plays both old and modern games on his livestreams with a unique twist that entertains viewers.

Bang Brando or better known as Windah Basudara is one of the most successful streamers in Indonesia. The content provided by Windah Basudara is very interesting with its uniqueness. Not only roleplaying, he also regularly plays old and popular games from GTA to mobile games.

I just watched the video replay, Bang Brando, Namatin, TikTok, Wa, Ometv, and some other games

it turns out that it’s not like what is often viral, that windah basudara is a toxic and strange channel

doi is creative, not just live streams, sometimes he makes dramas, interactive with the audience

For example, the social media game, who is the YouTuber who thinks about making content like that? 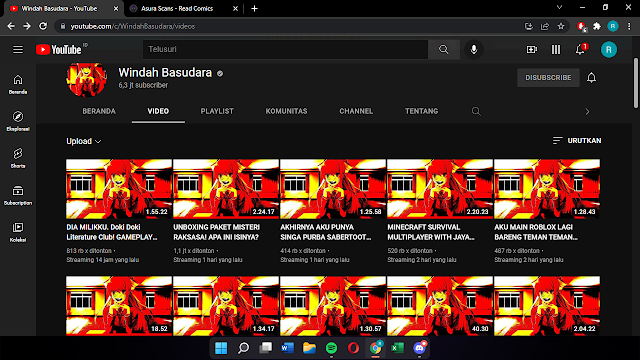 He has also been involved in games ranging from Clash of Clans, Growtopia, to Genshin Impact. Recently, Windah Basudra’s youtube account was hacked by monika.

Monika who is it?

Doki Doki Literature Club is a visual novel game that tells the love story between protagonists Sayori, Yuri, Natsuki and club president Monika. Your task is to write a poem that will later be sent to one of the three female heroes and you will win her heart.

you have to imagine that this game can spoil you with sexy characters and stories that make doki-doki aka nervous.

This game developed by the Salvato team has actually been released since September 2017. In this game, you become a boy with a childhood friend named Sayori who wants you to join the school club.

Initially there were many who sold it, but eventually joined the Literature Club. In this literary club, there are many cute girls waiting for you to win their hearts. As the only person in the club, you are bound to be the center of attention.

So this Monika:
Monika introduces the protagonist to the club as Sayori’s replacement. The event proceeds similarly to the original game, but some text becomes illegible, as characters appear corrupted over time, and what appears to be computer glitches or bugs are commonplace.

Now, this is the same as the photos in the thumbnail, Bang Windah:

In the case of this hacked channel: There is a virus called monika hacking windah’s youtube channel (pura2) 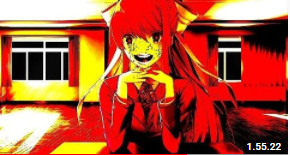 So, is this a real hack or just a gimmick?

Response:
– I was afraid, I was watching at 1 o’clock, why is this windah account like it’s been hacked ASW
– Monica, please don’t bother Brando, I’m sorry for Monica
– bang I’m scared to the point of shivering and the hairs on my neck stand all bang, help me