Have you ever heard of this:

“How come this photocard is so expensive?”

An Introduction to Market Mechanism

Have you ever been surprised and surprised by how expensive an idol photocard is, even though it’s just paper? Confused how can it be that expensive huh?

Well, the answer is because there is something called the market mechanism of the Bank

The market mechanism is the interaction between consumers and producers in terms of demand and supply of goods/services, so that prices are formed from the strength of the two parties in the interaction.

In a market, there must be sellers who offer and buyers who ask.

Photocard has many fans, unfortunately this item is rare because the number is limited. This causes the seller’s position to become more and the photocard price soars

However, price movements due to market mechanisms that occur are limited by the theory of supply and demand, friends

According to the theory of demand, there is an inverse comparison between the price level and the quantity demanded of an item. The higher the price, the lower the demand. Vice versa.

In addition, the decline in prices was also limited by a decrease in the number of offers.

Then the equilibrium price will be formed when there is an agreement between the seller and the buyer, namely at a price that is considered appropriate by both parties.

If depicted in a graph, the equilibrium point occurs at a certain price and quantity level where the demand curve intersects the supply curve. 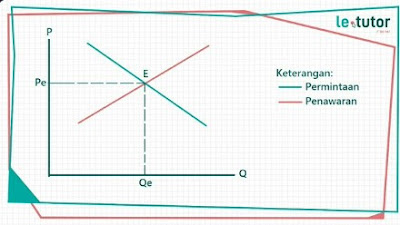 The government does not intervene in the photocard buying and selling market, so prices are only formed by market mechanisms based on their rarity and high demand.

This does make some people confused, but that’s how the market mechanism works, which depends on the forces of supply and demand, guys.