IT People Blog – Disconnecting the wifi network on connected PC and Android devices is not a secret, considering that almost everyone who enjoys free wifi networks knows how to do it. What is the purpose of people disconnecting other people’s wifi?

Maybe because some people use the wifi network to download large files continuously, causing the bandwidth received by other users to be a little slow, or failing to connect to the router due to a full slot.

On the internet itself there are many best wifi network breaker applications for PC and Android devices that are sure to work. So that PC and smartphone users can do this easily without technical knowledge

For those who need information on how to disconnect other people’s wifi connections, here are some explanations regarding a list of applications that have been proven to be successful in disconnecting wifi other than netcut.

Netcut was originally developed by Arcai, its function is to detect all wifi networks, disconnect other wifi network users in one LAN, scan network strength, detect ARP spoof attacks.

This app used to be very popular on Android but was last updated around 2019 and only supports up to Android version 9 while similar apps you see on Playstore are fake! That’s why people started looking for netcut alternatives for android

Many people search the internet using the keyword “no root wifi breaker application” because as far as I know almost all applications that really work require root access. The purpose of people looking for this app is to hide network SSID from other devices and disconnect connected devices to increase bandwidth.

In other words, it is a way to forcibly terminate the wifi access session of strangers around us. 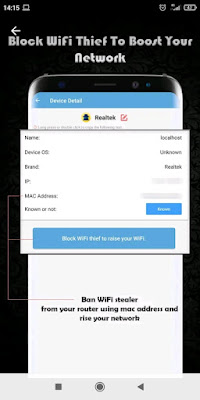 This wifi breaker application without root has several options in general. An application that is quite popular today and is widely trusted by some Android users is the WiFi Kill Pro application.

Wifi Kill Pro-Wifi Analyzer app is one of the most popular apps to cut off unwanted or annoying wifi network on other users’ devices.

By installing this application on a PC or Android device, users can run the settings menu to view a list of connected devices then disconnect and block wifi networks on unwanted devices.

This application is 20Mb in size and is available for smartphone devices with the main condition that the Android system must be rooted for the Wifi Kill Pro application to work.

-You can see all connected (device list) in the wifi network you are using.

-WiFiKill can show the data transfer speed (download, upload) of the captured device.

-You can monitor network activity of any device using WiFi.

-The name of the device connected to the network is displayed.

-Most importantly, you can disconnect any connected device’s internet connection? to the same WiFi network as yours.

– It works on tablets too.

To use the application, you can easily download it via the Google PlayStore. Or you can also go through the following url

Read also: Knowing the cellphone has been tapped 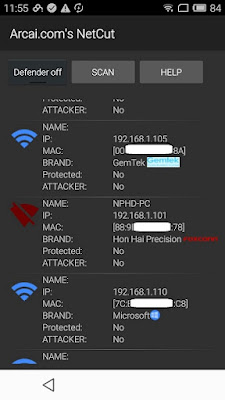 Furthermore, there is also a wifi breaker application from Netcut for PC and android versions. This application allows users to manage their internet connection and wifi network. Starting from seeing the speed of the connected wifi bandwidth, to blocking wifi connections on foreign devices.

Unfortunately this application has not received updates for both the PC and Android versions, some say it still works and others say it doesn’t work anymore. You can only download the netcut application directly from the official website here https://www.arcai.com/netCut/s/.

If you find a similar application that uses the name netcut, it is plagiarism because the original contains malware code / is considered a virus so it is impossible to pass the Playprotect scan and appear on the Googleplaystore

Next, there is also a wifi network breaker application besides the well-known netcut, namely ARP Guard from First Row. This app is like other wifi breaker apps, it offers users a feature to disconnect wifi network on foreign devices.

Not only that, ARP Guard also offers protection to wifi owners to prevent illegal access and theft of wifi network bandwidth by hackers

Protection from any network attack, starting with arp spoofing/arp poison.

• Auto Off Wifi when it detects an attack in non-root mode done on you (set in settings).

• When superuser mode is available to you, it makes your device immune to such attacks (using a static gateway address). There is no need for such warnings in this mode.

So it can be concluded that the level of security and convenience offered by this application is very helpful. If you are interested in using the application, users can easily download this application via GooglePlay or follow the following URL https://play.google.com/store/apps/details?id=com.myprog.arpguard&hl=en_US&gl=US.

Then if you are looking for an application like Netcut that can disconnect wifi networks without root, then there is another alternative to try, namely the Who Use My Wifi application. With this application, you can see and scan anyone who is using a wifi network

Who is Use My Wifi also helps users monitor wifi networks in real time and change the wifi device name (SSID). To be able to use this application on a PC, please download directly via the following url link

Wifi Router Admin Setup can be installed on Android smartphones easily. Thanks to this application, users can see who is connected to the wifi network and the type of device being used. This application has a fairly light size of only 6.4MB.

So don’t be surprised if the Wifi Block Router application is the most installed wifi network breaker application on Android. For those who want to get the application, please download via GooglePlay or via the following url

Next for those who are looking for the best wifi network breaker application for android smartphones, try installing the Block Wifi-Wifi Inspector application. Similar to the previous applications, in general this application helps to see what foreign devices are trying to access your wifi network.

So you can make further decisions whether to block their device, temporarily disconnect or change the password directly from the Android smartphone device so that the wifi network runs normally and is free from quota theft or network hacks.

For those who are interested in this application, try downloading the application through the Playstore with the following link https://play.google.com/store/apps/details?id=com.punedev.wifiblock&hl=en_US&gl=US.

In general, there are many benefits of a wifi network breaker application for PC and android including;

• The application clearly shows who is currently using the wifi network. So that it can be seen if there are foreign devices that use the wifi network without the owner’s permission can be immediately blocked

• Another benefit is that it helps regulate the wifi bandwidth connection, if the user is a lecturer, the speed is higher than a student user. So this makes it easier for wifi owners to allocate internet bandwidth optimally

• With the wifi breaker application, it will help disconnect unwanted networks on foreign devices so that later the wifi quota will not decrease and maintain maximum wifi performance

• Thanks to the wifi breaker application, it also indirectly helps avoid the risk of theft of the wifi network by unwanted parties. So that there is a loss to the wifi owner because he gets complaints from other customers

In fact, most of the other network breaker/wifi connection apps that are scattered on the internet don’t work at all especially because the security system on the current router has been upgraded to a higher version while some wifi disconnection apps contain malware code which cannot legally be published on the internet. official service (Googleplay, Appstore, Mi Store etc)

Also need to understand that disconnecting other people’s wifi is not that simple, windows itself has firewall protection to prevent attacks from other users in a network, this kind of application may still work on routers using old technology or laptop IT students who forgot to turn on their antivirus after the practice of computer networking because it is very unlikely to be successful

Wifi network breaker applications can be used to prevent sabotage and quota theft, and from a security perspective, data owned by other users is also protected and privacy is maintained.