The History of the Origin of Kopitiam Who Many Don’t Know – Kopitiam or ‘coffee tiam’. Kopi (Malay) and Tiam (Hokkien dialect which means shop).

I just found out..

Kopitiam is a popular coffee shop in Malaysia and Singapore. 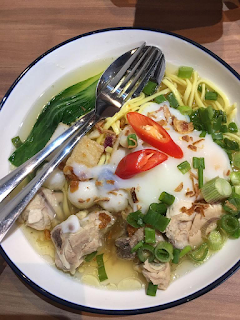 Until now, the word ‘kopitiam’ has often been a byword in our society.

Kopitiam shops are found in many places, no matter in shopping centers, both in the main market and in small towns.

The early history of the kopitiam begins with the migration of the Hainan (Hailam) people from Hainan Island in southern China.

They are a collection of Chinese dialects that came to Southeast Asia a bit later, namely in the 1850s.

At that time, other dialect groups such as Hokkien, Cantonese & Teochew which arrived earlier were already involved in agriculture & commerce.

There are also Hailam people who work as canteen operators at British military bases and some even work as cooks on ships.

After the Second World War, economic conditions continued to take a turn for the worse and job opportunities in hotels or with European families or European societies were greatly reduced.

Therefore, armed with the experience of working with Europeans as well as in hotels, these Hailam people have finally opened their own kopitiam.

Most of the traditional Kopitiam are cultivated by the Hailam family members themselves and are passed down from generation to generation.

In the 1960s, about 90% of kopitiam in Malaysia was cultivated by people of Hailam descent.