No matter how good a smartphone is, each has advantages and disadvantages including Google Android and Apple’s iOS, you are free to choose according to the needs and tastes of smartphone users.

IT People Blog – It is the era of entering increasingly sophisticated and modern technology to adapt to the times. Along with technological advances, many changes occur in human life, including electronic goods that increasingly provide convenience for users, one of which is smartphones.

Electronic objects are always carried everywhere and almost everyone uses a smartphone as a means of communication. Smartphone needs are increasingly diverse in use, ranging from searching for information on the internet, promoting products, looking for job vacancies, finding a theme and much more. 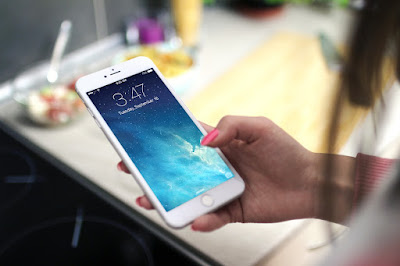 The currently most popular smartphone versions are divided into 2, namely the Google Android version and Apple’s iOS version, both of which compete to show the advantages of each operating system, but no matter how good the mobile operating system is, of course both of them also have their own weaknesses.

Here are the advantages and disadvantages of Google android and Apple’s iOS:

Android does have advantages in physical storage such as the availability of Micro SD, compared to iOS. But the use of Android memory is also more wasteful than iOS because the Android runtime requires a lot of space, causing smartphones with lower specs to easily run out of storage space.

However, iOS performance is not completely worse than Android which can also accommodate several applications/games using only 2 GB of RAM, while Android depends on the amount of RAM provided. iOS itself does not provide additional storage features. In addition, iOS does not use multi-windows and multitasking features compared to Android which can use two applications at the same time.

iOS has tighter security than android, before iOS is published there will be an application check through a malware filter or the like. iOS provides space for users to view detailed application information so that user security and privacy are guaranteed.

iOS performance is faster in terms of software than Android due to exclusive processor support, the Bionic system is only used specifically for products made by Apple, while Android has many processors such as Mediatek and Snapdragon.

For those of you who use Android, you will have the convenience of sharing data to all types of smartphones compared to iOS exclusives, iOS data cannot be shared with Android types so that iOS is not easily attacked by viruses, and anything that can damage data files and the iOS system.

In terms of appearance, both have quite interesting and unique shapes, but in terms of price, iOS is much more expensive than Android, seen from the quality displayed, it looks more elegant and exclusive to iOS.

This is because the iOS factory itself has its own quality check of the applications applied, the enhancements sold and the materials used, compared to the android which is generally mass produced which can be done by all factories in the world, so the price is much cheaper than iOS.

In terms of the appearance of the iOS interface, it is fairly monotonous compared to Android, iOS users cannot freely change the UI appearance, such as Android, which can freely customize the style according to your taste. Regarding the update to the latest version of Android, it takes quite a bit longer to get the latest version on the official Android or public website, compared to iOS which makes it easy to access the latest iOS system updates via notifications.

With regard to smartphone updates with the latest types of Android, they are superior and faster to release their newest products than iOS, so that the Android market on the market sells much faster than iOS.

The quality of both cameras can be seen from the shots of the two versions of the smartphone, the quality of iOS is sharper because it uses a high resolution and the light-catching sensor quite affects the quality of the photos.

The difference with Android is that it prioritizes the camera for the needs of its users, such as the camera used for selfies or bokeh photos. The use of iOS batteries is more wasteful than Android, because the iOS battery capacity is smaller than the high intensity of when the smartphone is used, it charges smartphones more often than Android.

The service service from iOS itself is official, so if your iOS smartphone is damaged, you can be calmer and safer for service at the nearest Apple iOS product service in your city, Android service services are also more numerous and easy to find, but not all Android stores have the same service.

3. The difference in the quality of android compared to iOS

In terms of quality, iOS is indeed superior to Android, but each depends on the taste of the user and the convenience provided to the user. Android is indeed more owned by the community than iOS users from certain circles. Android smartphones have e-SIM support that can use dual cards, while iOS only uses one card.

For iOS users, it has a screen time feature as a reminder for smartphone users not to be addicted to using smartphones, in contrast to Android, which has not supported screen time operation.

The use of Android is heavier than iOS, especially weak when used for gaming because the Linux display is a little more complicated and does not adequately accommodate the default application. In addition, the convenience of Android, most of the applications are free, in contrast to iOS, the average of several prepaid applications.

Those are the differences that stand out regarding the advantages and disadvantages of each of the Android/iOS, both of which have their own operating system and product display with the same goal of making it easier for people to use smartphones with additional features that are increasingly updated and modern.

People are free to choose according to their needs and funds depending on their individual tastes. The more advanced the times, the technology produced is also more and more versions with various types of products issued. Android itself more often releases new products with a variety of different types, colors, looks, and types.

Meanwhile, iOS has been waiting for a long time to release its newest product, to ensure the quality of the newest product first, which has prominent differences from the previous product. The latest products that are launched are usually available at official iOS outlets.