Teaching to Transgress: Classroom and Education – Studying is boring? School is like a prison?

A pedagogue, activist, and professor named bell hooks created a book that opens our eyes to liberating education: Teaching to Transgress: Classrooms and Education

Bell Hooks, whose real name is Gloria Jean Watkins, is a feminist who has dedicated her life to writing, teaching and fighting for equality. 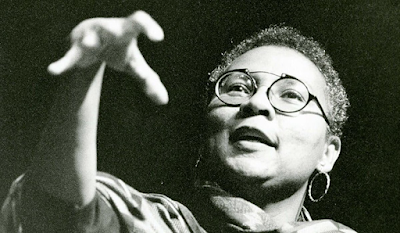 As a black woman living in the United States, she’s been through a lot of good and bad.

In one of his phenomenal books entitled Teaching to Transgress, Hooks recounts his life at school when he was happy, where his teacher really made powerful little hooks.

However, that experience changed when he attended Stanford.

The class, which was fun, turned scary. Professors who teach do not like teaching and students are expected to obey the authority of the teacher, instead of demonstrating critical thinking.

hooks in his class are considered a threat to authority.

When something out of the ordinary (such as disapproval) is done by students of color, it is seen as defiance.

This made Hooks disillusioned with education. Until one day, he met the works of a Brazilian educator named Paulo Freire which discusses critical pedagogy.

Critical pedagogy is a theory and teaching method that views the classroom as a political space and encourages students to challenge systems of power and oppression.

Freire gave Hooks a blueprint of what education as an act of liberation should look like.

Her belief that education should be about dismantling the system of oppression is in line with her belief in feminist pedagogy and pedagogy as a place of freedom.

hooks believes that the classroom should be an exciting place. He notes that excitement in higher education is often seen as a distraction.

Getting excited means breaking, or going beyond the boundaries of what is considered acceptable in traditional educational models.

Hooks argues that excitement can coexist with critical thinking and intellectual pursuits.

Hooks opens the first chapter of his book arguing that education should be a practice of freedom, or an opportunity for students to bring their minds, bodies, and souls into the classroom and take action against systems of power and oppression.

There are two people who influenced Hooks’ thinking and are mentioned frequently in this book.

Freire is best known for his book, Pedagogy of the Oppressed, which strongly criticized the banking model of education.

This banking education system is a metaphor that describes the traditional education model in which students are passive learners who simply receive, memorize, and repeat the knowledge stored by the teacher into the student’s mental “bank”.

Freire instills the philosophy that all students are active participants in the pursuit of knowledge.

He believes that education can only be liberating if teachers allow everyone to have their own voice and create a shared knowledge community.

Thich Nhat Hanh believes in a holistic education that combines the mind, body and spirit of students and teachers. He teaches hooks to think of students as whole human beings.

Students should not only acquire the knowledge contained in books but also acquire knowledge about how to live their lives.

hooks proposes a theory and teaching method that he calls “engaged pedagogy”.

This pedagogy goes beyond critical and feminist pedagogy because it emphasizes the importance of the well-being of students and teachers as a whole.

Engaged pedagogy is about student expression. Every student must have a voice in the classroom and be an active participant in the pursuit of knowledge.

Teachers must be involved in students’ self-actualization processes in order to successfully empower them.

However, teachers cannot teach students to be self-actualized and open to vulnerability if they do not first practice self-actualization.

hooks closes this chapter with an argument that progressive educators are not afraid to take risks. They view education as an act of resistance to the oppression of traditional educational models.

We will discuss other chapters of this book at another time. There is so much we can learn from his book and it opens our eyes to the world of education which is very relevant to the situation in Indonesia itself.