Philosophy of Existentialism from the Attack on Titan Series – Have you ever daydreamed while suddenly thinking “What is the meaning of our life in this world?”

Then many questions arise in your mind, “Why should there be our presence”, “What is the purpose?” “Then if we know, what should we do?”

I will explain these various questions through Persener’s favorite series, Attack On Titan, which is on-going in its Season 4!

Especially from the two main characters, namely Eren and Armin. 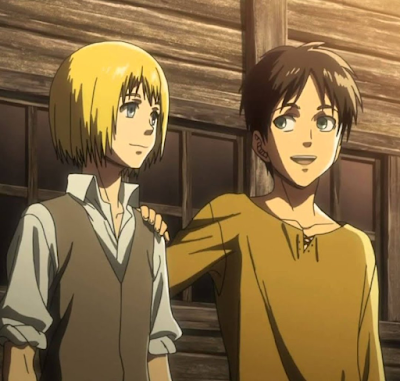 In this AOT Series, Eren and Armin have been friends since childhood. They have the same childhood experiences. Also had a traumatic experience when the Titans attacked the walls of Shiganshina and walls of Maria

Moreover, Eren witnessed the death of his mother, while he could only stare in silence.

Eren and Armin both joined the army and both experienced direct battles with Titans during the Trost invasion. After all, they had many similar bad experiences.

For those of you who want to watch it from the start, I suggest watching the sequel!

Even though they had similar experiences, the end of how they interpreted the experience was very different.

Eren chose the path of destruction and killing for the sake of freedom. While Armin is still trying to choose a peaceful path and even stop Eren.

The question is: “How come, even though they have many similar experiences, but their choices and how they interpret them are so different?”

Okay, mimin will wear the Existentialism Philosophy glasses from Jean-Paul Sartre, one of the famous French philosophers of the 20th century. 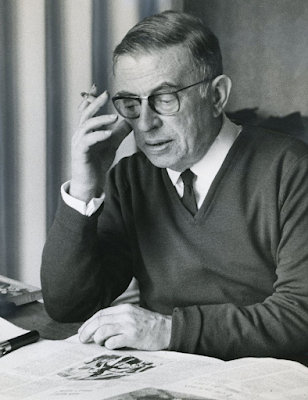 “Humans first existed, then they met themselves, before finally being in the world, and finally they gave meaning to themselves.”

It all starts with humans starting to feel uncomfortable.

Therefore, people look for ways to reduce negative feelings, one of which is by interpreting the experiences they have gone through.

At the beginning of the series, Eren said he wanted to eradicate all the Titans in this world because he interpreted his mother’s death as a cause of suffering for him. This also prompted him to enlist in the Army and eventually the Survey Corps list.

Meanwhile, one of the biggest reasons Armin wanted to join the army and the Survey Corps was because he wanted to see a place called the Sea. This is because it embodies the curiosity that he has obtained from the books left by his parents about the world beyond the Walls.

Starting to see the meaning of Sartre’s philosophy of Existentialism?

So, although people may come from the same place or experience the same thing – how they interpret it later may be different, depending on how they also view the experience.

To put it simply: This Existentialism philosophy illustrates that a person has the freedom to choose how they want to interpret all their experiences and how they want to behave afterwards.

So, what Eren and Armin have done has followed the process of meaning in life based on Sartre’s Existentialist Philosophy. It’s just that it is accompanied by the same responsibility for all choices from the meaning process taken.

ke, what you get from studying the philosophy of Existentialism:

First, it is we who move to make sense of our lives, not other people or parties.

There are no choices in life that are completely right or wrong – we make choices that we know are best.

Second, if you are currently having problems with what the meaning of your life is, according to Existentialism, you are actually already on the road to its meaning. Just study and understand.

So, if you are confused about who to talk to about problems, suffering, or the meaning of life, you can actually talk to the One Percent Mentor.

Okay, that’s all from Mimin, I hope you won’t be overthinking after this. Happy weekend, stay healthy