Overcome ASUS laptop suddenly shuts down without disassembling the machine

Welcome to the IT People Blog. Technological devices such as laptops are almost owned by everyone from children (parents buy to support online learning), students (where are there students now who don’t have laptops?), private workers, government workers to freelancers.

On laptops we can store various digital data such as work archives, master passwords, wills safely, at most laptop problems that often occur due to virus infections where these viruses can be overcome using the default Windows 10 Antivirus, namely Windows Defender or Security Essentials.

Except for some viruses that are classified as malicious malware such as ransomware, they are difficult to overcome because they encrypt our personal data with a password, which is why it is important to back up data on cloud storage services and of course you have to archive and then lock it with a password before uploading it to online storage media. There are many free ones, for example GoogleDrive, OneDrive to Terabox (free 1024GB/1 Tera)

So what if the Asus laptop suddenly dies? it can be caused by various things, maybe software damage, hardware damage to factory default products/components. So, don’t assume the laptop specifications are high enough starting from intelcore, coreduo, intelcore i3, intelcore i5, intelcore i7 to intelcore 9 then your laptop is durable and anti-damage

Usually Asus laptops also often turn off on their own when used for heavy work, for example, when we do video editing, coding programs, designing graphics or playing games on the right.

In Indonesia, there are various well-known laptop vendors including Lenovo, Acer, Toshiba, Samsung, Del and Asus.. I happen to be using Asus at work. There are also those who use an SSD, the weakness is when the laptop lags, the process is very long until it can be used again (finally press the power button to force restart)

While the weaknesses of Asus laptops are very clear, the first Delete keyboard button is close to the power button so sometimes I press the wrong button 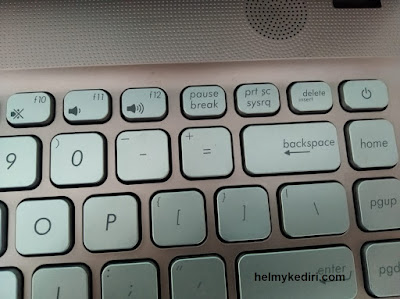 It is recommended for friends who work with laptops to always back up important data either through other external storage devices or online/cloudstorage just in case something unexpected happens.

One of the Asus laptop models that often turns itself off is the Asus VivoBook. When it’s charging, the battery charging indicator doesn’t appear or sometimes suddenly turns off.

If you experience this problem, don’t rush to take it to a service technician or disassemble it even though you have no experience in disassembling laptop components, follow these tips;

1. Remove the charger, then remove the battery and wait for 20-30 minutes

2. After that, put the battery back in

3. Press the delete button for 1 minute, then release it for a moment

4. Press the delete button together with the power button until the light that shows the battery indicator lights up 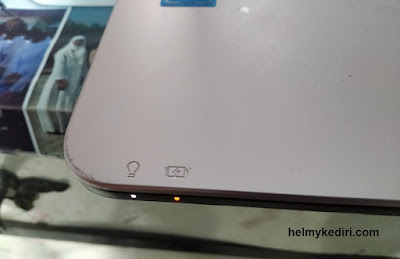 Hopefully in this way the Asus laptop that suddenly died can return to normal, do the above method 2-3 times if the problem has not been resolved or indeed because there is damage to the hardware

Performing a force reset on an Asus laptop

If your Asus laptop uses a planting battery media, then here’s how to turn on a completely dead Asus laptop through the force reset method as a reference from the official Asus Indonesia page

First, remove the charger plug from the Asus notebook then press the power button for 1 minute to cut off the electric current

After that, reconnect the charger to the laptop port until charging through the socket is detected. Finally, turn on the laptop/notebook by pressing the power button as usual

So that’s roughly how to deal with Asus laptops that suddenly often turn off by themselves without having to disassemble the machine, I hope what I share is useful and can be accepted by the world. That is all and thank you