IT People Blog – The government through the Ministry of Communication and Informatics has blocked access to several websites that are considered to have a negative impact and do not have a permit. The following is a review of some sites that were blocked by Kominfo 2022 for you to know so you don’t try to access them. 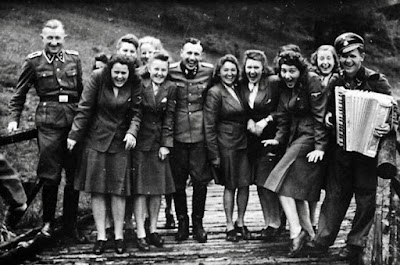 Positive Internet itself is a program created by the government and launched since July 17, 2014. This program was created with the aim of providing comfortable surfing services in the internet world.

One form of positive internet programs is filtering the content that is displayed to users. This makes not just any content accessible to the public, because positive internet only provides healthy and trustworthy information services.

Positive internet has a good impact because with restrictions on sites that are considered unlawful, the younger generation can be saved. In addition, surfing the internet is also safer because you will be protected from malware and spyware from dangerous sites.

Until now, there are several lists of sites that are blocked by Kominfo 2022 because they have a dangerous impact if accessed by users, especially if they are underage. Check out the following explanation regarding the list of sites blocked by Kominfo and the reasons why.

For those of you who often stream movies through websites, of course, you are already familiar with the website watchingmovie.com. This site has been blocked by Kominfo because it is considered to provide illegal services, namely pirated films.

Nontonmovie.com is a pirated movie streaming site that violates copyright and harms the film industry. The existence of this piracy is a threat to the sustainability of the film industry, thus making the site blocked by Kominfo.

The capital to produce one film is quite large, with piracy, people no longer watch movies in theaters or subscribe to paid movie streaming services, as a result the film industry suffers losses that affect the production of subsequent films.

The next site blocked by Kominfo is Voa-islam.com because it endangers the lives of inter-religious people in Indonesia whose beliefs vary. Voa-islam.com is a site that aims to be a medium of da’wah.

However, this site has the potential to stir up radicalism that endangers inter-religious harmony. It is feared that people who read the information will become sympathizers of radicalism, thus making voa-islam.com blocked by the Communications and Information Technology.

The symbols of Islam are important, but don’t incite people to fight each other

Mmmindonesiaclub.com is a site that was blocked by kominfo based on a complaint from the chairman of the board of the Financial Services Authority. MMM itself is an activity of Mavrodi Mondial Moneybox or simply known as humans form humans.

This site is blocked because it is proven that it does not have a legal entity that has a license to carry out electronic transactions. In addition, this blocking was carried out because the mmmindonesiaclub.com site did not have a clear organizational structure.

The site that was blocked by Kominfo next, namely Binomo.. is a well-known trading platform in Indonesia. Although already well known, this site is still blocked by Kominfo due to currency transaction activities that do not have legal permits.

Binomo conducts illegal financial transactions without any official guarantee or permission from the relevant institution. Not only that, this blocking also aims to avoid any acts of fraud or fraud.

21filmcinema.com is the next movie watching site which is also considered illegal and disturbing. This site was blocked by Kominfo because it does not have permission to provide movie streaming services

The presence of illegal movie streaming sites is indeed considered detrimental to the film industry in Indonesia. This is because many people download pirated movies instead of watching them in theaters, or through official platforms.

Mmmlovers.com ranks among the sites related to the next illegal investment panel that is blocked by Kominfo. Just like the previous MMM site, mmmlovers.com also does not have permission from the Financial Services Authority.

The site is also a concern for the community, especially those who invest funds to participate in the MMM program. Many people question the condition of the funds deposited later.

MRG Trade is an online financial transaction site which was also blocked by Kominfo because it is illegal. This site is engaged in online trading with various types of programs, ranging from stocks, forex, to digital currencies.

Kominfo blocked the site for providing unauthorized services. The existence of this illegal trading site is feared to be dangerous to the public because it leads to digital money laundering and fraud.

The daulahislam.com site, which is supposed to be an Islamic information portal in Indonesia, is also affected by the positive internet. Daulahislam.com is one of the sites blocked by Kominfo because it has the potential to disrupt inter-religious harmony in Indonesia.

The content of Islamic da’wah that is presented can lead to acts of radicalism, so it is considered to endanger the integrity of the country. Because, if there are more and more sympathizers of radicalism in Indonesia, harmony between religions will be difficult to achieve.

Next, lovers of streaming movies through the browser can no longer access the donwloadfilem.com website because it is included in a site blocked by Kominfo. Just like other movie sites, downloadfilem.com is also illegal.

Especially for a film that has just appeared in theaters, of course it will make the audience decrease. This will affect the success of the film because many choose to watch pirated versions.

Bisnismavro.com also includes the Mavrodi mondial moneybox site which is blocked by the government through the Ministry of Communication and Information. The MMM site which does not have a clear permit from the Financial Services Authority and related institutions is an illegal investment panel, so it is blocked.

In addition, the site also does not have a clear organizational structure, so the responsibility towards its members is questioned. Moreover, there are concerns from the public who invest their capital, thus increasing the reason why this site should be blocked by Kominfo.

The Fx Open site was blocked for offering digital forex trading services through software sales. FX Open was blocked by Kominfo for offering illegal services without clear permission from the relevant institution.

The blocking of online trading sites, including FX Open, is intended so that no one feels disadvantaged. This is because the site has penetrated into the realm of digital transactions through trading without guaranteed data security, which is feared to be vulnerable to fraud.

Panjimas.com is also another religious da’wah site that has been blocked by Kominfo as a result of a positive internet program. Blocking this site aims to prevent radicalism in the midst of diverse communities.

The blocking of the panjimas.com site aims to prevent radicalism from becoming more widespread which can disrupt national harmony. Especially for people who misinterpret the information in it, it can cause negative impacts.

Thepitasebay.se is a site blocked by Kominfo due to providing illegal streaming services. This unlicensed streaming service makes film production suffer losses because the income from buying audience tickets is reduced.

This is a site that contains bloody sadistic content, some people tend to feel traumatized and shocked when watching disgusting scenes.

Watching sadistic content doesn’t have to dive into the dark web or pay thousands of dollars to enjoy exclusive content, a lot of such content can be accessed with just a VPN.

Some of the sites blocked by Kominfo are no longer accessible in line with the implementation of positive internet programs. The hope of the program is that the public can get information that is reliable and does not cause harm to various parties.