So because more and more paypal scams, tf won etc. I decided to make this article. This is my first time writing an article so please be reasonable if there are mistakes..

This is based on my experience, yes, a few months ago I was scammed by trf won of almost 300 thousand. I forgot it’s been a while, it happened just in the middle of the night because the seller was in a hurry and I panicked, so I didn’t check anymore 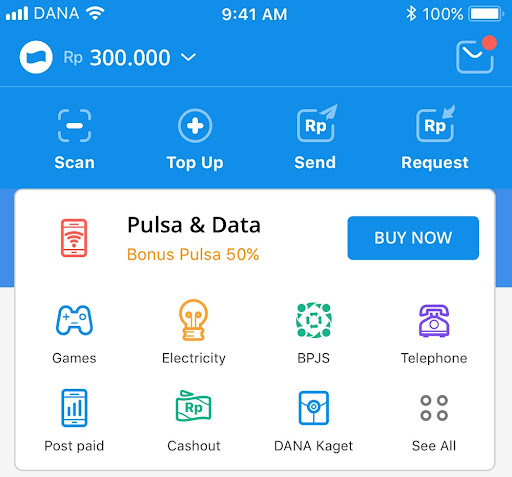 So this scammer didn’t give me a norek/fund number BUT HE GIVES me a FUND BARCODE SCAN. Pls, if you want to make a transaction using a qr scan of funds to someone you don’t know, it’s better to cancel the transaction. BECAUSE IT’S HARD LOOKING FOR name doesn’t exist, number has been censored. It’s like playing a puzzle.

30 minutes-1 hour I freeze “Is it true that I’m being scammed?” “What am I doing with this HB” I’ve been blocked & searched his account using another account. I dm the mutual, and it doesn’t affect anything because most of the money is buying an account and the mutual is just an interaction, I don’t know what to do. so nil.

How to Refund Money Affected by Fraud in DANA

Then I thought about calling Dana, I thought “if he hasn’t withdrawn the money from the fund balance, the money will still be in the account” I called cs Dana, MIDDLE NIGHT AND APPOINTED OMG SO HAPPY.

I told him the chronology, then I asked the mas, “Mas, if this is the case, the reported account will be frozen or not,” in this case the fraudster suddenly took money. “Yes, Sis is frozen” hhh I’m relieved.

Because to make sure I sent Rp.1 to the account 3 times, and the third time the Rp.1 money came back again and it was proven that the account had been frozen.

Then I was told to email the funds, chat with me and the scammer and the proof of transfer requested by the fund, at that time it took me 3-4 days for my money to be fully returned. There are about 2 processes that are asked for with funds

FIRST, proof of your face is a photo with your ID card (selfie), SS proof that you were cheated, and SS proof of TRF, as well as filling out a user complaint letter (the file will be shared with the fund later) and I will print this out. BOTH scanned photos of ID cards (without face, just photo ID) and a letter of request for a refund.

Btw I was charged with a nominal value of 240k, I don’t know if the nominal goes up to 1 million it will be different or not. But I once asked mutual me if up 1 million in funds I had to use a police letter.

So, if you get tricked, please report it, this way it will also minimize the number of new victims. Because the number has been blocked from the fund, so the money that will be transferred to the account will definitely come back again / the transaction failed.

Here are some ways to return the money that was affected by fraud in the DANA.

Reasons Don’t keep too much balance in the fund

Hello guys, I’ve reminded you before and want to remind you, don’t keep too much balance in your funds. why?

1. The fund party likes to freeze the unilateral account of the reporting victim even without valid evidence (the capital name and number can also be frozen)

2. If the reporter has sent a chronology etc., your fixed account is verified as fraud without confirmation from you, it seems that the fix will be difficult to return

3. I’ve worn the first one because I’m an intermediary for the victim wtt, thank goodness I used the number to become a victim wtt

I chatted and the next day my funds couldn’t be opened, I immediately asked the person and it was true that he reported it. I’m really having a hard time following up with cs, I can appeal if I don’t cheat until the process is 10 days, I have to attach a letter of revocation of fraud reporting from the fraud reporter (using stamp duty etc.)

So this is applying for everyone, not just kang CV, who likes to give numbers to customers, for all those who like to save a lot of money in funds, don’t worry because only numbers and names can be frozen.

In the last 2 days, there have been 2 kang cv dm I said the funds have been frozen and the balance is in the millions, and until now it is still not accessible. Pensive face is basically the heart” guys, actually, it’s not just funds, but all e-wallet must also be careful. better save it in your account

This also applies to everyone, don’t like wtt with strangers, especially if you say a lot of balance and banged on first, then you get affected by the BA CV kid who is the intermediary. who should report? Yes, we also mean that if you want to report someone, check first

it’s true that the fraudster’s fund account or not, don’t just play, report it, you want to reapply the DANA account, it’s hard, you know, how easy it is.