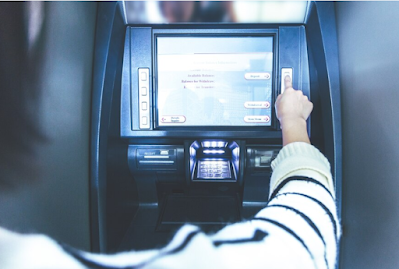 Swallowed ATM card is one of the problems that are often faced by ATM card users. This in itself is quite inconvenient, other than because you can’t transact using an ATM machine anymore because there is no card. You will also feel anxious if the card is misused by someone else later.

Swallowed ATM cards can be caused by an Error ATM machine. This can happen due to several things such as network errors, slot machine conditions, and so on. Usually, ATM machines that have errors will be temporarily disabled or attached with error warnings so you can find out and avoid them.

Forgot or took too long to withdraw the ATM card

Taking too long or even forgetting to withdraw an ATM card can also cause your ATM card to be swallowed. After completing the transaction and when your ATM card is out, you should immediately withdraw it.

A machine that suddenly shuts down due to a power outage can also be the cause of an ATM card being swallowed. The ATM machine itself does not use a UPS like a computer, so when the power goes out the ATM machine will also die. Fortunately, this rarely happens, because most ATMs (especially those in 1 location with a bank) are equipped with generators.

PIN can be likened to an access code for transactions using an ATM card. If you enter your ATM PIN incorrectly repeatedly in sequence, your ATM card will be swallowed or blocked.

Is it Safe to Swallow an ATM Card?

Then, what if the ATM is blocked? Will your money be lost? Don’t worry, the money in your account is still safe even when the ATM card is blocked. To use the ATM service again, immediately go to your nearest bank.

Does Managing a Swallowed ATM require a Loss Letter?

Depending on the bank, some banks require customers who want to take care of their card again to make a letter of loss from the police. However, there are also banks that do not require this letter of loss. So, customers only have to bring a passbook and identity card to get a new ATM card.

How to Overcome a Swallowed ATM Card

What should you do when an ATM card is swallowed? Calm down, don’t panic! You can do the following things:

Report to the security guard/call the bank’s call center

If the ATM machine is located at the issuing bank’s branch office and is still within the bank’s operational time, then you can report it to the security guard right away. If the ATM location is far away, you can contact the relevant bank call center number within 1×24 hours to block the card.

Keep in mind the location and time your ATM was swallowed. The following are some banking call center numbers in Indonesia,

The next step, come to the nearest bank branch to make a new ATM card

Next, you can visit the office of the bank issuing your ATM card & account book during its operating hours. Bring the required requirements. Queue at the Customer Service section and convey your need to create a new ATM because your old ATM has been swallowed.

The Customer Service will verify the data first by asking some questions about yourself such as your full name and address, the name of your biological mother, as well as the location and time of swallowing the ATM card.

You must also fill out the application form for the issuance of a new ATM card. After that, you will be given a new ATM. You will be asked to enter a PIN to activate a new ATM card on the Electronic Data Capture (EDC) machine.

To make this new ATM card, you will be charged a number of fees, the nominal amount depends on the policy of each bank. Usually, this fee will be directly deducted from your account balance. After that, you can also make transactions using your new ATM card. Don’t let your new ATM card be swallowed again.

ATM cards can be swallowed due to an ATM machine error, forgetting to withdraw the card, taking too long to withdraw an ATM card, a power outage, and even entering the wrong PIN. Is it safe to swallow an ATM card? The money in your account is safe, as long as you don’t share your PIN with strangers who might pretend to be helping you.

To overcome a swallowed ATM card, you can immediately call the relevant bank’s call center number to do a temporary blocking (optional) and come to the issuing bank to make a new ATM card.