You can use the Twitter Dimenfess according to what theme you want. for example, you want to post a food and ask the people who are in the menfess then you can post it on the food menfess base. 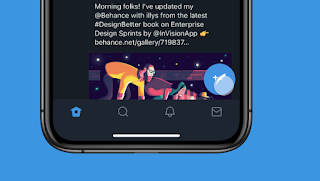 But sometimes if you see menfes making you annoyed or making noise, of course you want to know who the sender is behind the menfess so we can bully a lot

iOS Version
First, I’ll explain which version of IOS is first, so you first need to look for which version of Menfess you want to find the sender for. I took the example of this menfess, yes.

After that, send it via mail, later when you enter the mail page, the original tweet link will appear. You just need to copy the link I marked, okay?

After that, it’s up to you to open notes/dm, the point is to just leave a link like this and click on it

Later, it will be directed to the original sender

I’ve found the tweet, oh yeah btw this only applies to menfess sent via a link, okay? If there is a photo in the database that sends more than 1 photo, it will definitely be sent using a link. But if it’s only 1 photo, the sender can just send the photo directly to the base without a link.

Android Version :
Next, this is the android version. The method is also almost the same, only it’s simpler on Android

After that, open the dm to get the link like the one I described above, then press the link, and you’ve found the tweet you’re looking for.