Skip to content
How to Install Mobile Legends Module Boosting 120 FPS – Those who want ML 120 FPS + Slick screen use this Module a Suitable for Main Core in MLBB – Magisk ML+ module has been discussed a lot. to beat the soto seller. what is the content of this magisk module. if there is something in it, we better discuss it. hello, back again with me levv. or commonly called by John. world of magisk module and magisk manager.

This magisk module is made by a developer named taka. he is no ordinary person. he often makes magisk modules for several games, especially for mobile legends games. unlike the next channel, creating a magisk module is like making gado gado, everything is input.

actually you can already see some of the features in this magisk module. . here it is written, the feature is the unlock fps graphic. 120fps > replace gpu rendering. change opengles version. improve internet connection, increase touchscreen sensitivity and much more.

because these two features can only be used in mobile legends games. while these two features do not use tweaks but config json. to see the tweaks in this magisk module. then you can open a file called system prop. the tweaks contained in this file will enter your device’s system. an example is the build prop.

I will explain the tweaks in the system prop. the first is a fake device. your device will be changed to xiaomi mi 11 ultra. if you have never used the xiaomi mi 11 ultra, then this second you can use it. this feature is to open ultra graphics in the mobile legends game. I didn’t try on other games. The second feature is the DNS change. only 2 types of dns are used. google dns and cloudflare dns. why dns id is never used in other magisk modules. i get sad.

Network tweaks in this magisk module only support 2G networks to 3G networks. does not follow with the wifi network. so this tweak will not work if you are using wifi. the third feature is touch improvement. the function of this tweak is to increase the touch screen sensitivity of your device. so that the touch on your device is more aggressive. you will see the low ram flag tweak. why is it turned off, why is it not turned on. while some magisk modules use this tweak.

because every android device with 4gb ram capacity. and those devices use those tweaks. then some applications will experience closing itself. and the android system becomes unstable. different again with devices with a capacity of 2gb ram or less. then you have to activate a tweak called low ram flag. here is an additional network tweak that relies on the sysctl file. This tweak is best for increasing internet speed. and overcome the frequent up and down ms pings. sometimes unfaithful. but remember, only support for data networks and not support for wifi networks. there are still a lot of tweaks that I haven’t mentioned, for example, low memory killer and virtual memory. there is also gpu rendering and opengles.

do not choose the wrong tweak because if you are wrong then your device screen will be black. or the application icon will disappear and the writing of the application name will remain. now we just install it, you can follow according to the instructions. or your bus settings according to your own taste. if you like content about magisk and android modules. 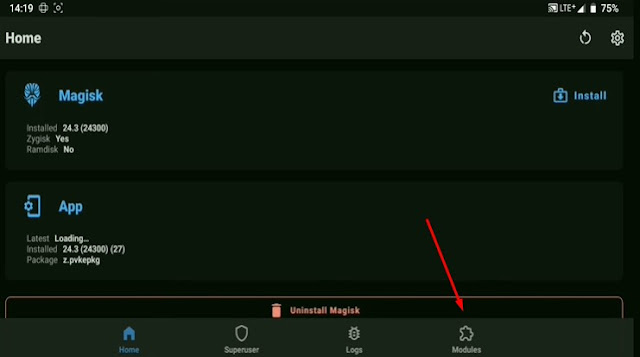 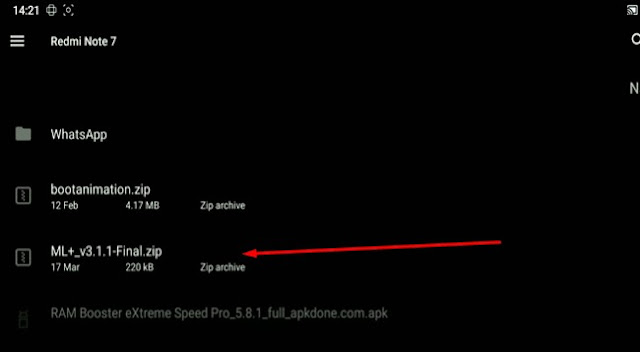 5. Select the previous module (enter / install one by one)

6. Then you will be asked to choose GPU settings: 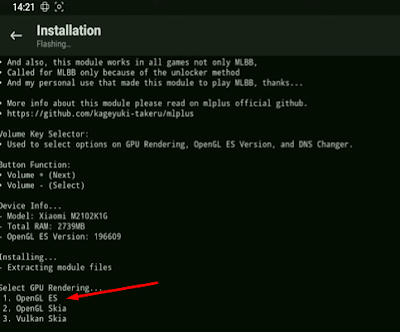 How to choose using volume up / down

conflict or not, depending on the magisk module you first installed. suppose I have installed the dns id. and I will install ML+. so the dns to be used is the last dns installed. if i install magisk ML+ module then id dns won’t run. Now I will install the module. I will look for the magisk module and the version I use is 3.1.1 final. we have to use volume keys to select. up to select and down to next.

for the results you can judge for yourself. how did it go, how did it taste. on the video a little vibrate, if you play games, no need to doubt. very. in the video is not so smooth because my device is very hot. the battery is low, charging and using ultra graphics. if your device is experiencing lag, then your device’s chipset cannot use ultra graphics. you need to remember that, this magisk module is not a performance magisk module. but rather a magisk module to open all graphics in the mobile legends game. OK, because I’ve explained everything.