Discord Nitro is now in your library, you just need to download it from Xbox Game Pass. If you don’t have it, first download the launcher by clicking “Download Xbox Game Pass” which is still on the same page.

Don’t miss it, this offer is only here! Xbox Game Pass yesterday shared a three-month free Discord Nitro promotion, which can be claimed before the deadline

*Required to use a US VPN 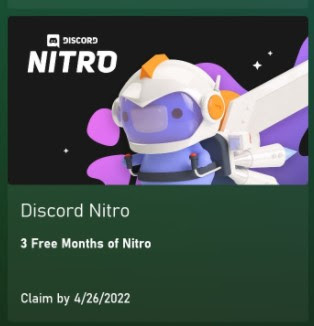 4. If you already have nitro, you can check in profile > gift inventory then select redeem the xbox game pass

5. After that turn it on US VPN

6. Go to https://redeem.microsoft.com then redeem the code here, pay using paypal so it’s fast only $ 1 (you can buy someone’s services on facebook / on twitter many paypal services)

However, to use this Nitro promotion, users must first add a credit card or PayPal as a payment method before being able to get Nitro.

With Nitro, you can get a 2x boost on the server of your favorite Discord channel, and then there are many other benefits, like changing tags in names, using animations on profile photos, etc.

Therefore, this tutorial will share how to claim Nitro Discord for 3 months, including how to use it, until Nitro enters your Discord account.