Genshin Impact’s “Collection of Dragons and Snakes” world quest requires you to collect the five lost books for Ema in Enkanomiya. Books are not marked on your map like other quest hints. Our Genshin Impact guide explains where to find the five missing books.

Just like the other world quest NPCs in Enkanomiya, Ema only appears in Evernight, so you’ll have to use one of the many mechanics to switch to Evernight if you haven’t already.

Start by returning to the library in The Narrows. The exact location is circled in the image below. Once you’re inside, go up to the second floor to meet the shadow of Ema, the librarian in question.

Ema will ask you to collect the five missing books, which will be quite a hassle.

how to get quests and how to do the Antugunus quests.

And collect one of the books from the dragon and snake collection quest.

1. First you teleport there to get the quest.

2. from the teleport waypoint you go down and later get 2 ghosts. Talk to the ghost 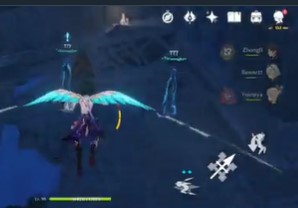 you then get the antigonus quest.

3. After that, talk to the second ghost

4. then go to the teleport there to do the quest

5. from teleport just go down then right to meet Antei 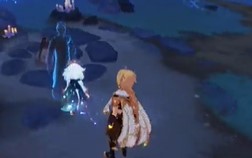 6. then take the ruin machine core

7. From where Antei you have to find the ruin guard and revive the ruin

8. After defeating the ruin guard, you guys check and take the book for the dragon and snake collection quest.

how to get quests and how to do tricolor file quests, And collect one of the books from the dragon and snake collection quest.

1. You first change it to evernight, so you can talk to the ghost.

2. You teleport to a place that has been marked, then walk to the asterisk

3. From here, you just jump to the island on the other side.

4. then at the end of the house there is a way to the island that is not on the map. 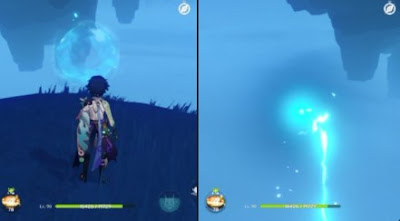 5. Well, that’s all you talk to the ghost over there and you get the quest. 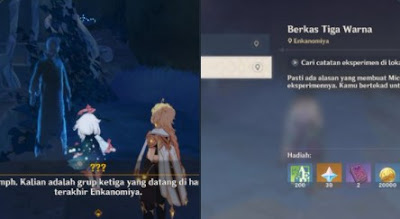 6. from the ghost place, you go to the room over there:

— cyro monument to continue the quest

— electro monument inside has a sigil lock

— the hydro monument inside is nothing or empty.

8. After opening the cryo monument, there will be a monster and we are told to defeat it, already defeated, take the book inside and the quest is complete.

How to Do Date Challenge Quests from Dragon and Snake Collection

how to get quests and how to do date challenge quests. And collect one of the books from the dragon and snake collection quest.

1. First you change it to noon, then hit the statue there. Already changed it again to night

2. Second, change your char to char hydro. That’s the monument, something will open later 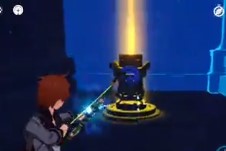 4. here I forgot one awogawogawog monument, already it went down and kept talking to the ghost over there 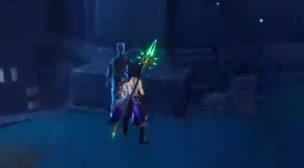 5. later you will get quests, keys, and certificates.

6. Go to the quest place, later someone will be told to open a place using the key that we took

7. Well, in this there is another puzzle. You change to noon first

8. You will get the achievement with the certificate

9. Go back to the original place and talk to the date

10. After completing the quest, you will get one book for the dragon and snake collection quest.

Dragon and Snake Collection is a new world quest in the new area of ​​Enkanomiya in Genshin Impact. Enkanomiya is a new location introduced in version 2.4 and brings a lot of quests into this new world. Make sure to switch to Evernight before starting this quest.

Exploration of the world is in The Narrows. Talk to the soul pictured below to start the quest and you will be tasked with collecting the five missing books. Five books strewn everywhere. Some were rewards for other quests, and some weren’t even in Enkanomiya. Here you can find the five missing books. You received this book as a gift in your quest for Antigonus. Note that you don’t have to complete this task completely. You will get a book in the middle of the mission. Snake and Drake from Tokoyokoku

This book is easy to find. Teleport to Lightning City and go to Yae Pub House.

That’s how to do the complete Genshin Impact Dragon Snake Collection Quest.