Fraud in the case of the NAMA STUDIO and Satrya Putra Adblack Bagsa – The name of this STUDIOS has been around since 2016, at first they moved to sell a bag with premium quality and of course the price was very, very cheap.

Gradually, enthusiasts for this product are growing rapidly due to good quality at affordable prices. Year after year, this product consistently produces and delivers throughout Indonesia,

Yes of course. Buyers are very, very happy with the arrival of the goods and the quality is very great.

Here are the NAMA STUDIOS items that have been produced and distributed. 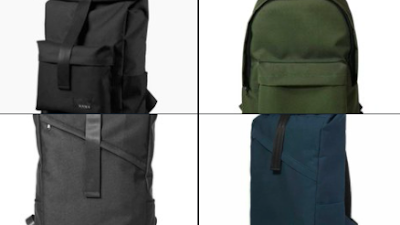 Satrya Putra Adhitama as sister of Princess Ayudya is owner from STUDIO NAME is increasingly aggressively producing these bags to all its customers.

The sales system is increasingly unclear in its direction.

The more drama delays the goods that will be produced, such as the limited stock of goods and the indicators of fraud in the NAMA STUDIOS management.

Buyers are asked to be patient in waiting in such a way, but sales of goods are still being carried out on a large scale with many discount promos that make buyers tempted to buy again.

Until finally many buyers forget their purchases because they are tired of waiting.

Day after day, month after month, until

One by one they disappeared from Instagram, the NAMA STUDIOS, the owner of Satrya Putra Adhitama and the sales website.

Everything is silenced, the buyer does not know what to do.

Reports have been made but have not been investigated thoroughly.

Then came the movement of the customers to create a petition, by creating an Instagram name for the petition studio.

This is where the victims gather to seek justice.

They try to voice what they have suffered so far.

It’s not about the material being sought but a justice to reveal it all,

I am one of thousands of people who have been deceived by this domestic product.

Hopefully with this thread the victims can vote for justice.

And thanks also to Ka Arief Muhammad for helping raise this case so that many other people know and don’t fall into the same hole.

“Don’t just feel like it’s only 99 thousand, then just let it go. If thousands of people are gathered, the total loss will be billions of rupiah” – Arief Muhammad.

“Poor, other local brands that use the PO system are tarnished because of this case” – Arief Muhammad. 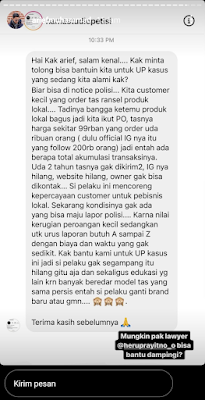 Glad to see there is movement in the victims of Namastudio bags. Now there is a lawyer who accompanies thanks to sis Arief

I, as one who owns a Namastudio bag, is sad to see potential buyers being scammed. Until the bag is dusty & I rarely use it.

That’s enough for this article, hopefully justice will continue to be upheld for us and domestic products can compete with other foreign products.