Disadvantages of Buying a Second Iphone, Is It Better To Buy A Second Or New Iphone? – I want to tell you the dark side of the world of gadgets (especially iPhones) in Indonesia based on experience

Disclaimer first, that in this article, we don’t mean to discredit any party, just want to share our knowledge and experience while selling gadgets, especially iPhones. So here we go!

The beginning of the story is that Farhan has started selling iPhones since the Kaskus era since 2012. At that time, it was still the era of the iPhone 4G and 4S, if I’m not mistaken. Is there Kaskus kid here? Maybe have a transaction with Farhan 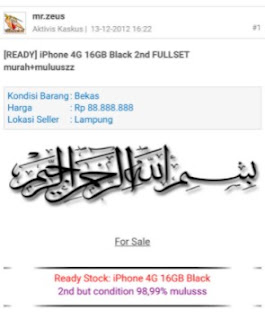 Farhan sold at Kaskus until around 2016 and finally stopped. Because it’s just a sideline. Go to college and look for thin money. We children can’t see cuan, even though it’s thin. Until the end..

In the 2018-2019s, Farhan got the opportunity and fortune to continue studying in Singapore (SG). While in SG, Farhan discovered the fact that the price of the iPhone was (very) cheaper than the one in Indo.

Based on that fact, there are some of our friends and family who are like that. And indeed in very small quantities. As we went on, we both saw that this opportunity was getting brighter and brighter. Until in the end..

We tried to open our first small gadget shop, namely:

Which is of course the original Full Set, starting from the iPhone unit to the box and accessories. And of course the price is cheaper than the market at that time.

So that’s a little bit about us guys. Two cousins ​​who can’t see paper-thin cuan. Okay, next I will try to explain about the original and rebuilt iPhone to you. So that we all become buyers who understand better.

First, I dare say that 6 out of 10 iPhones currently on the Indonesian market, are units that cannot be guaranteed 100% originality. And of course this is very unfortunate, considering that since 2016-2017, the popularity of the iPhone has skyrocketed in Indonesia.

So how do you tell the difference between an original iPhone and a rebuilt iPhone? If I’m alone, the way to do this is by checking the details of the unit. Starting from the outer body, completeness of the box and accessories, and functionality.

Then what about the iPhone rekon? If we look at it from the completeness of the box and accessories. From the outset, it seems that the accessories and the box are old, for no apparent reason (because I’ve met official Indo items, but the KW box because the original box was flooded) is BIG NO.

From the box and accessories, it’s already KW, I can say that 99% is a reconditioned iPhone. 1% of it could be the case that was brought by the flood

Then in terms of the iPhone unit, it can be seen from the LCD parts for example. Most of the time I find a reconditioned iPhone that the screen is too blue. So the color is not balanced. That’s already an indication that the LCD is no longer original.

Yes, make no mistake, Battery Health can be injected. So for example, the real number is 82%, it can be made to 99% and even 100% without having to replace the battery. All for what? In order to meet market demand

How do you know? Usually in a short time, there will be a significant decrease in Battery Health. The example that was 82% so 100% yes. That in a period of approximately 1 month, the Battery Health will drop from 100% (injections) to 82% (original).

Then the next about which is also often discussed. Inter vs. Official indo. The inter and indo iPhone units, I can say there is no difference. As long as they are both still original, yes. But indeed, most of the reconditioned units came from inter units.

Because in terms of price, inter units are cheap, and the quantity is very large. If you know the numbers, you might think about it, are there so many iPhones? because that’s the first thing Farhan and I thought when we knew the number.

But indeed, since the regulation regarding IMEI from the Indonesian government, we have not recommended the inter unit at all. Because there will be trouble for you. the same is the case like in the article earlier, about the lost signal.

So, you have to know, as long as they are both original and you bought them from abroad by paying taxes so that they are registered with you CUSTOMS, then the iPhone Inter and iPhone official Indonesia, functionally the SAME.

Then what about what you said, about 6 out of 10 iPhones on the Indo market, it can’t be 100% guaranteed to be original? Does that mean that the majority of units currently in circulation are reconditioned? Sorry to say but it is true.

Because that’s the truth. Okay, first let’s unify the thought that the iPhone has always been WOE EXPENSIVE. So if someone sells an iPhone at a low price, that should be a question!

Take a break, okay? Later, we will continue to the point about facts about units circulating in Indonesia and which stores, according to us, still maintain the originality of the second iPhone. 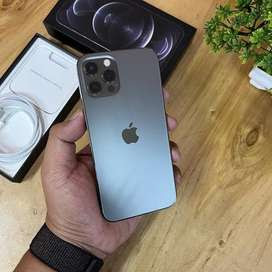 Okay, markijut, let’s continue. The next discussion is, what about the majority of goods circulating in Indonesia today? Is there still a second iPhone unit that is still in good condition, and definitely ORIGINAL?

The answer is, there is. But rarely. Like I said, out of 10 items, maybe only 3-4 units are original, both from the iPhone unit and the completeness of the box and accessories, what’s the rest? Yes, that is so..

Because again, since the hectic iPhone market in 2016 until now, the units that have been circulating are various. Remember when Farhan started selling iPhones at Kaskus from 2014-2016?

So, for those of you who have bought a second iPhone before 2016, then saw the iPhone market in 2016 and above, it will definitely make you think why it turned out to be like this.

Now there are so many people who just sell iPhones like that. And who is the victim? Yes, we as buyers are very laymen and are consumed by marketing. Cheap prices even though it should be a question why are iPhones cheap??

I’ve heard the phrase that the user just gave the iPhone a big battery, the body was smooth and the price was cheap, I’d be happy. Do you want replaced parts or OEM accessories, just let it be sad, right? imagine, you save by eating only rice and salt and you get this *backsound ESQ*

And regarding the condition of the iPhone, there are also many players who recondition the iPhone. For the sake of what? For the sake of us buying the injected Battery Health, the 3utools data (even though this is fake software) is changed to green again, then the LCD camera parts etc are replaced.

That’s a fact, and, surprisingly, the majority of stores that you may also know, play on the quality of the iPhone unit like that. I’m afraid it’s sad, imagine, buying an iPhone 11 ProMax for example, how many months has it been dead, or how many months, the camera has decreased so 1 (this one is a joke)

This happens because what I said earlier, the demand is getting higher, so with a unit that is 100% original, it can’t meet the market, what is the result? Yes, like now, everything is included in the original or not. Who’s the victim? Yes we are all

I met a lot of consumers who confide in me

Saying that why is my iPhone like this, Sis, the seller asked, did not respond. When you come to the counter, it’s like, yes, it’s not clear. When we checked, it turned out that the battery had been injected, or there was another problem with an important part.

If you have met someone like that, sometimes Farhan and I are sad. As a person who wants to buy a gadget, you have to save bloody money and be willing to only eat 2x a day, then when you buy it, you have only used it for a few months and it’s completely dead, it feels rich.

Because of that, my message is, as buyers, we must be critical of the prospective shop we want to buy the unit from. It’s a mess. Just imagine that you are still in love with your crush. Find out the background, what kind of unit, etc

Because this is very important. Buy a gadget, it’s not cheap. Moreover, Apple products are MUAHAAL. Embed this in the subconscious of all of us. IPHONE IS EXPENSIVE. IF ANYTHING IS CHEAP I SHOULD ASK WHY CHEAP?

If the majority of stores currently sell units of questionable quality, what if you want to buy a Second iPhone with good quality? Weits calm down, there are still shops that sell iPhones with a 100% original guarantee, starting from the unit, to the box and accessories.

Yep, there are still some shops that sell second hand iPhones that are 100% guaranteed quality. Starting from units, parts, boxes, and accessories, all original. But it’s a very small number. It’s small anyway. 1/10 is probably the number. One of them is This Shop

Not to mention, they are now releasing exclusive tote bag products with prices ranging from 5 million to 16 million. Where every purchase of the Tote Bag will get a bonus iPhone. Fear not, buy a Tote Bag, bonus iPhone. Keep listening, Justin Bieber wants to wear the Tote Bag next week

So remember once again, the iPhone is EXPENSIVE. So if someone offers you a cheap iPhone, just say sorry, sir/madam, I’m not at the level of buying a cheap iPhone

For friends who want to share about the ups and downs of buying any gadget, that’s okay. We are very open for discussion. Let’s add knowledge for other friends, who may still be new to the world of Gadgets.

That’s it for this article. Hopefully it can provide knowledge and enlightenment for all of us. Btw, I will be happy to answer your questions about gadgets.

Does that mean that if you are registered with the official IMEI, it should be safe, right, even if you don’t buy it from the ibox?

Yep. It’s 100% safe. The most important thing is that the IMEI is registered with the Ministry of Industry if you want to avoid being blocked by IMEI. Where to buy it doesn’t matter.

What are the Disadvantages of Buying a Second Iphone, Is It Better To Buy A Second Or New Iphone?