Understanding Sharia Investment – As we know, sharia investment is one type of investment in which the sharia system is implemented. The system in question refers to Islamic law.

According to Imam Al Qurtubi, sharia is a straight religion or stipulation that has been given by Allah SWT to humans which contains various kinds of laws and provisions with the aim of guiding mankind to the right path so that they become lucky beings both in this world and in the hereafter. .

In Islam itself, all things related to human life have been summarized in the holy book Al-Qur’an. So Islam does not only teach about the procedures for worship, but also how a Muslim should earn a living in a lawful way.

In this modern era, one of the halal ways to earn a living is by investing in sharia. 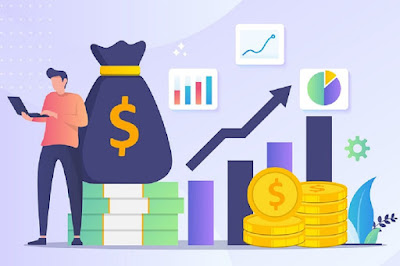 What is the Definition of Sharia Investment?

Talking about the meaning of Islamic investment, in general the understanding is as follows. Sharia investment is a form of investment activity based on sharia principles, both in the real and financial sectors.

In this case, Islam itself teaches how to invest that benefits all parties and forbids humans to seek profit and sustenance by means of speculation.

In addition, sharia investment is a type of long-term or short-term investment that leads to good and halal profit returns and has sustainability.

Sharia investment must also be in accordance with sharia law in Islam, namely in the provision of funds or capital, must avoid usury, gharar, and maysir. Sharia investment activities must be supervised by the Sharia Supervisory Board.

Riba is an excess or additional payment without any compensation or compensation required for one party or two parties who make the contract (transaction).

Meanwhile, Gharar is a fraud in which one of the parties does not know about something that has been contracted. As for Maysir, it is a very easy way to get something and you don’t have to work hard.

In terms of sharia investment, maysir can be interpreted as something that is not necessarily certain like gambling. These are the three things that must be avoided in making sharia investments according to Islamic law.

To distinguish between companies that apply conventional investment and sharia investment is actually not so difficult. This is because we can see from the process used by the investment company.

In sharia investment, for the income obtained by customers there will be no element of usury at all, but using a profit-sharing system. This will be very fair, especially for those who have given large investment capital in a particular company. The amount of profit that can be obtained is determined by the contract and agreement when the customer first deposits money for investment.

This process is carried out by a sharia investment company by separating the money and ensuring that the profits obtained by customers are truly halal and obtained in accordance with Islamic law and sharia principles. In other words, you don’t need to doubt the halalness of the income you earn.

This is certainly different from conventional investments where the only goal is to get the maximum profit. The company and customers don’t care about halal or haram anymore.

With the main goal of big profits, then any way is done. This is because in conventional investment companies there is no cleansing or ‘cleaning’ process between the money earned in a lawful way or not.

Because that’s not a strange thing if it turns out that currently many Islamic investment companies are developing in Indonesia. This is so that the majority of the Muslim community in Indonesia can invest in ways that are recommended by religion.

Types of Sharia Investments and Examples

In sharia deposits, there is a contract that must be agreed upon by the investor and the sharia deposit company. All purposes of the existence of the contract or contract must be fully understood by both parties.

In the delivery of capital, the mudhorob or the capital manager will ask for the approval of the investor in carrying out the mudhorobah or investment business. The condition is capital in the form of cash whose amount has been determined and agreed by both parties.

The profits obtained by the customer or investor must be agreed at the beginning of the contract or contract agreement. In a sharia deposit agreement, if the investment provides a profit, it will be divided according to the agreement, for example the profit share for customers is 65% and the share for mudhorob is 35%. Meanwhile, if a loss occurs, then both parties have the responsibility to overcome it without any third party intervention.

According to the National Sharia Council, shares are ownership of a company that meets sharia criteria and are not in the form of special shares. An example of an investment company that implements sharia shares is the Jakarta Islamic Index.

The principle promoted by sharia shares is that all risks are the responsibility of both parties and profits cannot be disbursed other than using a profit-sharing system when experiencing profits or losses.

Broadly speaking, the Islamic capital market is an investment activity where company owners need capital injections and capital buyers can assist the company in carrying out the company’s business activities.

For the principle held by Islamic capital market companies is the prohibition of differences between one type of stock and another and both parties, both investors and companies, must bear the same risk if something unexpected happens to the company.

The prohibition of sharia mutual funds is to invest more than the total capital, transaction capital debt level, trading, and bai’al ma’dum. An example of the oldest sharia mutual fund company in Indonesia that is still standing today is PT. Danareksa which has existed since 1977.