The Curse Horror Story of a Train Run Over Victim – “There’s another victim of the train run over, ma’am… cut into three…” said the father slowly as he rushed to wash his face into the bathroom.

Father seems traumatized and his face is pale like a sick person. 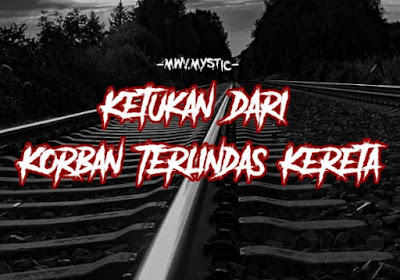 Mother, who seemed also curious, finally joined the father. At home, finally, there was only Rendi and I in the room. Many people passed in front of my house non-stop from parents to children, it seemed to see the scene.

Finally, I was curious to come look out. When I left the house, there were already many people crowding the edge of the train tracks while looking at one of the spots in the middle of the tracks.

I tried to sneak between people until I finally got a spot right on the embankment on the edge of the train tracks, there were also some small children who were with me at that time.

It was the first time I saw a corpse whose condition had been damaged. As my father said, his body is divided into three… chest to head, body to pelvis, and thighs to feet. The position of the three pieces is also far apart.

The position of the head is on the far right side of the track, the body is crushed with the contents of the stomach scattered in the middle, and the legs are not far from the body. That means that the head and part of the body were carried away by the train because it was farther away in the direction of the train.

Even from a not so close position, I could see fresh flesh and blood scattered around the crime scene. I could also see the victim’s hair, because at that time the residents had not completely covered the body.