Choose SNMPTN Better Idealist Or Realistic – Previously, I wanted to say congratulations to the SNM students for being successful in pulling the report card scores until they finally had the opportunity to enter a PTN without a test route. 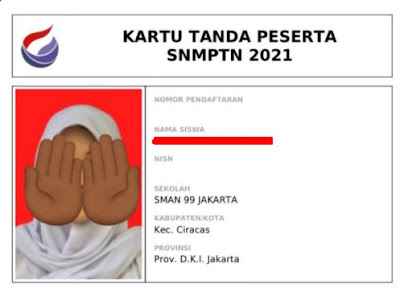 but the problem now is, do we have to enter the major according to our initial dream or what? what if you are desperate and it fails? Should I enter a major that we are less interested in but we feel safer or what? I’m really scared to face up for utbk, isn’t it, kaksie?

I don’t know what you’re really feeling… but if I may conclude, the dominant feeling in you at that time was FEAR, PANIC, CONFUSED, EXPECTED, and SURE

maybe now your brain is branching out thinking about distance, costs, opportunities, and many other factors… but you know what? Feelings like this can only be felt by people who are ready to grow up only ️🙆🏻‍♀️💫

What does it mean? it means that you are no longer a child ️🧏🏻‍♀️ you are an adult now, you have begun to be required to make wiser decisions, be wise to determine your next steps, be wise in all matters relating to your future ️💫

why is it so complicated to be sued like that? You know, do you remember when you were a kid, you had a dream to be a successful adult? Well, after all, this is one of the maturing processes, just enjoy every process

and if asked about choosing a major in snm maybe I want to tell based on my personal experience! I’ve always wanted to be a dentist😬but the chances of me taking fkg at snm are very small. Am I thinking about taking a major that I’m not interested in but feel safe?

there’s so much! Besides, when asked whether they are ready or not, I’m sure the majority agree to answer “not ready”. because I’m not ready and will never be ready for UTBK, I was thinking about choosing a major that I’m not interested in, so basically just get a campus so I don’t get dizzy😣

because when I was accepted by snm, I couldn’t try sbm in the following years… which means if I accepted a major that I wasn’t interested in, I would never be able to fight my fkg on the sbm path again…

there may still be an independent path, but will I be mentally and financially ready? I’m not a child who has been born in a wealthy family, even though I can be independent or even private, I can’t bear to see him struggling to support the family

Thank God I am in an environment that always supports my will, but on the other hand, their expectations are a special pressure for me. on this basis I’m so confused what major to choose at snm😩

because I was confused, I tried to make an istikharah prayer😇🙏🏼and at that time I didn’t know what the answer to my prayer was like? did you answer or not? because I still feel really confused about everything😖

but I think that if I have the courage to enter fkg-ub in snm, it will become a form of answer in itself for my prayer.

With the capital of prayer and resignation, I’ll try to be idealistic because I won’t be able to see my friends accept their respective dream majors while I’m stuck in a major that I’m not interested in 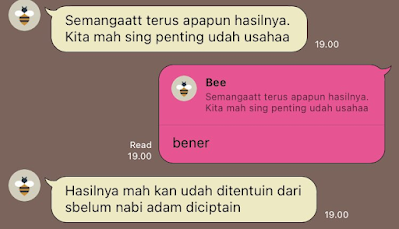 Actually, I don’t need to be surprised anymore when I open the SNM announcement because I already know the result, but because I’m not ready for it, I always have a glimmer of hope to see the red color turn to blue.

I purposely made one day of rejection a sad day until my eyes swelled up, because I didn’t want to be sad for tomorrow. Anyway, starting tomorrow, I have to chase my dreams again. because why are you crying, it won’t change anything, it’s just a relief ehehe️💫

Gradually I convinced myself again to pursue sbm, and Alhamdulillah again I was surrounded by super duper nice people sometimes I get annoyed when I’m tired the only solution is to pray, but it’s really calm from there cuii 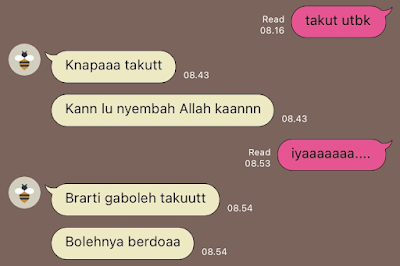 but are the people who have not been lucky at sbm those who have no effort and prayer? THE CONCEPT IS NOT LIKE THAT!! it could be that their efforts and prayers are even louder, God is all-seeing, so for those of you who have tried and prayed, you really don’t need to be afraid! 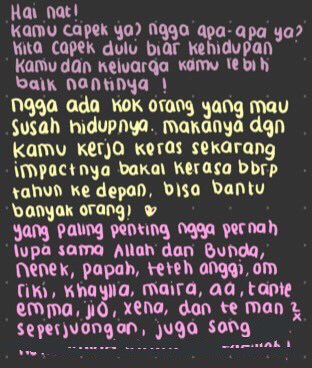 How come many of my friends have not had any luck at PTN but can be much more developed than those who have been accepted at PTN. Whether we develop or not depends on how we carry ourselves, not where we are, not who we are from.

If it’s like we asked for 5,000 cash and we weren’t given cash but instead we were given a piggy bank, right at certain times the piggy bank can be opened and the contents can be more than what we asked for at the beginning🙆🏻‍♀️💫

Now how do we look at the piggy bank so that we can reap the results? it’s back to us, we want to continue trying to take advantage of the piggy bank by trying to save little by little or just accept it without the slightest effort.

It’s really a cliché but the words “high risk high return” are true. if the junior coboy says we have to be brave like a lion to be the greatest. and I think adults are brave enough to be the greatest according to their own version🙆🏻‍♀️✨

there is no standard for success! There are many paths to success. the point is that success is based on effort, prayer, and the blessing of parents. don’t stick to one pattern of people’s success. just create your own pattern

I wish the best for all of you, both eligible and not eligible. Everyone can be successful in their own way! GLUCKKK ALL!!!

Other Responses:
– To be honest, I’m now at the point of wanting to take a realistic or idealistic major, my grades are not that big, sis, but not too small to take the major I want, but the problem is that I’m rank 1 eligible to take the same major + university as me, I’m really scared. I don’t want to go to snm but on the other hand, almost 75% really hope because I’m afraid for utbk, I take snm with preparations for snm, I’m optimistic, semi-pessimistic

– Ahhh, thanks for sharing your experience and honestly, it relates to what I’m facing now I want to take my dream major at snm even though I already know that the chance to pass is getting smaller because I already have a friend with a rank above me who took it but on the other hand

– now I’m experiencing the same thing, but Bismillah, I chose to be idealistic in the major I wanted, didn’t get snm, so I tried Utebeka, accompanied me until I was Utebek, I studied chemistry.

– Honestly, now I’m at the point of giving up, and even I’m desperate, because I realize that my grades aren’t that great to take my dream major, and rank 1 parallel also wants to take the same major:

– to be honest now I’m in this phase and I’m really scared because my friend who is ranked above me took the same study program and PTN as me but Bismillah, I’ll just be brave and I’ll leave the results to Allah

– We don’t know each other, but I want to say thank you so much for sharing this. Honestly, I’m really cool I read this until the end, so motivated. May all your affairs be smoothed by Allah