Causes of Failed Startups in Indonesia and Examples – Zenius laid off 200 of its employees.

Zenius is unique. In the past, when I used my own capital, a small team had already made a profit. Small is beautiful. 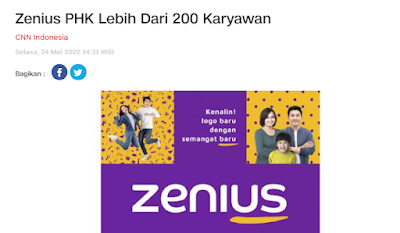 Then when there are hundreds of billions of VC funds, do a massive expansion. Scaling. Massive recruitment.

It turned out that the market potential did not grow as projected.

Ruangguru may face the same problem as Zenius.

The demand for online learning may not be as great as expected.

Even though the incoming VC funds are based on a super optimistic growth projection.

When growth does not match expectations, VC funds can be lost in vain. 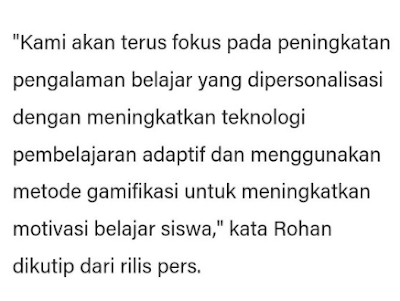 Fyi, the total funds that Zenius received from VCs (venture capital or investors) was IDR 575 billion. That’s a lot.

Because there is a large amount of funds, then the expansion into various initiatives, including the acquisition of Primagama.

Don’t make initiatives like the one below. Honestly, I’m not sure what that means…

Mbuh I don’t mean it.

But yes, that’s a typical comment from a startup CEO who just got fresh funds. Sneaky talk. Not grounded.

Currently, tech start-ups around the world are faltering.

The Grab stock chart below is experienced by many tech companies in America. 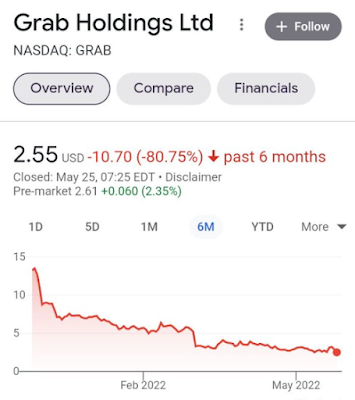 Cause: inflation in America 8%, the highest in 40 years. The Fed has a tight money policy. Funds are dry.

During 2020 – 2021, the Fed is too generous. Zero interest rate. Mega trillions of cash. The stock prices of tech companies are booming.

The impact on tech start-ups around the world.

Zoom and Spotify’s share prices also collapsed. Again, this is experienced by almost all tech companies in America. 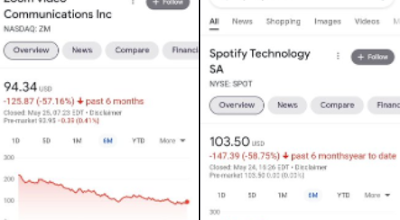 This condition also has an impact on Indonesia.

Because global funds are getting dry, there is no longer any injection of VC funds.

There can be mass layoffs at various start-ups in the country.

Especially for Zenius, maybe because it’s too aggressive. When you get an injection of VC funds, it’s too soon to recruit a lot of employees. Because the funds are abundant.

However, the demand did not increase. Maybe the competition is getting tougher.

This is the same price as SEA (Shopee Indonesia’s parent). Down 75% in 6 months. 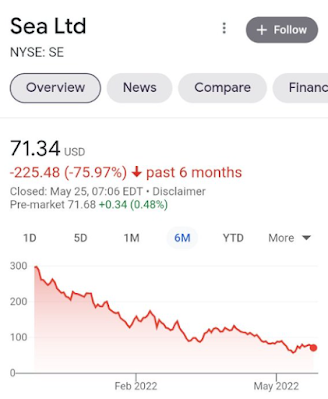 If investors’ funds are getting thinner, and there are no more injections of funds due to the Fed’s tight money policy, Shopee could be in limbo too. Hearts.

The Fed’s tight money policy has an impact on the rest of the world.

The impact will definitely be to start ups in the country.

Because most of our VC funds come from America.

They will be more careful in disbursing funds to start-ups. Won’t be royal anymore.

If VC funds are getting tighter, will start-ups in the country be able to survive?

So far, for example, Grab, Shopee and RuangGuru are still in the position of burning cash.

Then where can Grab x Shopee survive if the funds run out?

For start-ups in the country, the road to profitability must come soon. They can no longer rely on VC funds that are running dry.

If investors’ funds run out, there will probably be many mass layoffs occurring at various start-ups in the country.

Because the policy will cause the valuation of tech companies to fall and make tech stock prices fall.

When the valuation drops, tech start-ups are no longer attractive to investors and VCs.

America’s inflation is going up

VC funds are stuck. Start-ups all over the world, including in Indonesia, have become clumsy and are in danger of collapsing.

In the next 12 months, there will probably be several startups in the country that fall.

When investors’ funds dries up, the money-burning fight can no longer be continued. The main fuel has run out.

Some of the Causes of Failed Startups in Indonesia and Examples