Whether your main focus is on player development or incorporating certain tactics and tactical styles, forming a team of coaches with different abilities and areas of expertise is essential. Improving the coaching team with 5 star coaches and best Football Manager coaches is one of the steps to take for future success. 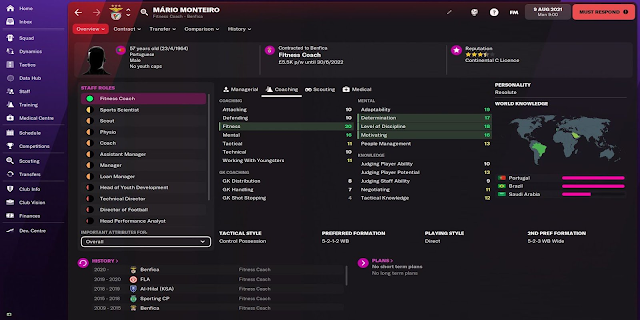 Monteiro is the perfect fitness trainer. His Fitness stats were very good.

He started his coaching career as assistant manager of Famalicão at 93, before working as a fitness coach at Flamengo, Sporting and Benfica. 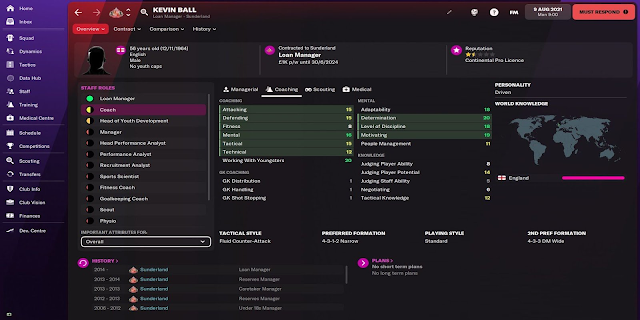 Ball is currently coaching at Sunderland. He could be an option, as he has a near-perfect statistical range to motivate young players and ensure that they are mentally prepared to weather the pressures of the first team. 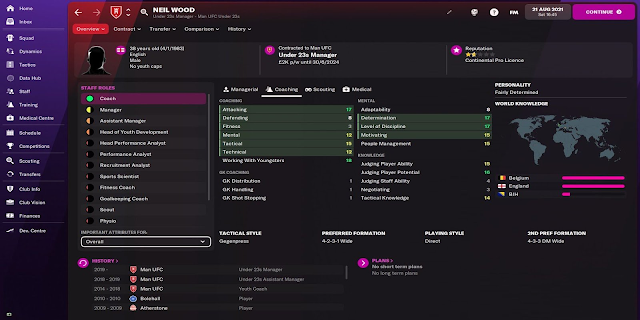 Neil Wood is an excellent choice for those of you who need an attacking coach to develop young talent. Unfortunately, getting the services of Neil Wood is quite difficult, because he is currently the U-23 manager at Manchester United.

Interestingly, Wood spent seven years as a player at Manchester United, but never made a single senior appearance. He spent most of his time at the club on loan at teams like Burnley and Blackpool. 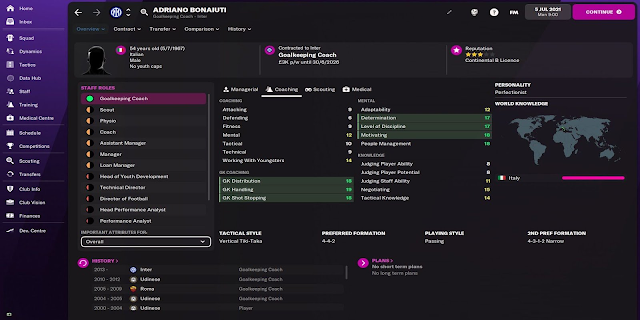 Adriano Bonaiuti is the best choice to maximize shot stopper performance. With 18 GK Distribution and GK Shot Stopping, along with 19 near-perfect GK Handling, the Italian coach is a must-have.

It has an 18 GK Distribution that will stand out for managers. Many managers today need goalkeepers to do far more distribution work than ever before, with goalkeepers now an important part of building play from the back.

Suffice to say, Bonaiuti is not only perfect for developing young goalkeepers in the first team but also well equipped to help them adapt to the modern game by working on their distribution. 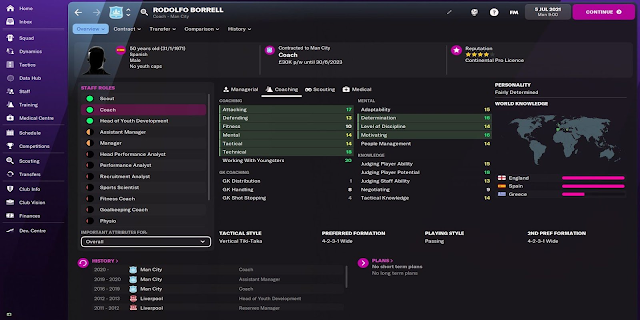 Since Pep Guardiola took charge of Man City in 2016, the English side have become one of the best attacking teams in the world, with nearly 500 goals scored in the Premier League.

It’s not only Pep who deserves credit for his team’s attacking abilities, of course, along with the players, Pep’s coaching team deserves credit. One of City’s most famous coaches is Rodolfo Borrell, who, like Pep, joined The Citizens in 2016.

Borrell has a maximum stat of 20 for Working with Youngster and 18 attributes for Judging Player Potential. Another best attack coach, Cristian Botta is a prominent candidate for attack coach, he shows with 19 Attack and Technic attributes.

Botta is relatively easier to hook up than Rodolfo Borrel. He is also more suitable for a team that has a philosophy of playing with high ball possession.