Bad Experience Using Dating Apps Online Dating – In the case of online dating in Indonesia, are bumble and tinder dangerous? – If asked what resolutions this year do you want? I just want to live a good life, better than last year.

Today really want to speak up something that I’ve been keeping to myself for a long time, this is about sexual harassment that I experienced in 2019 if I’m not mistaken November

I don’t know how to write an article, now this incident is actually for women to be careful with someone you know via online. At that time I was still a freshman in smt 1 so I was playing an application looking for a mate TI**** met this guy, he’s a student . 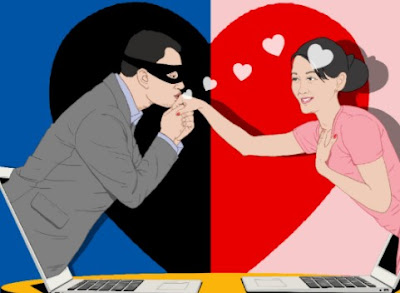 To be more precise, T**** because he studied at one of the leading semi-military academies in the city of S I don’t want to mention the agency because this is a personal mistake and I really don’t have any evidence because I tried to forget everything at that time but couldn’t

We exchanged whatsapp numbers and we vc, chat for a few days coincidentally my boarding house is not far from his campus he was on Monday I was off from college he asked me to meet up when I asked where he wanted to go he said he wanted to invite me to eat but still don’t know where

At that time he said to take him to the burjo, so I brought my own motorbike. We made an appointment to meet at the gas station because yes, I also don’t understand the area. I went with him, oh yes, why would I want to meet him because he also had a reason to ask for college registration at my campus for his sister?

And I believe because I also understand the plot and I am a very positive thinking person, so I made an appointment at the gas station he said he wanted to take me to the burjo and then stopped at Indomart first to buy drinks and snacks, now I still think he took me to the burjo out it turned out not

He took me to his boarding house, he said it’s okay so it’s more comfortable to talk there, it’s a bit anxious “and still posthink, after that I entered his room I looked at every corner and was surprised there were many bottles of alcohol in the corner of the bed I was afraid at that time but the door was open

So I’m still thinking about it again, after that we chat normally nothing’s going on “until he sits closer so I slide him but close and he tries to stroke my back then I brush it off and when I ask what do I want to do? He says no, why don’t you want anything”, then he stands wtf door lock…

I was still silent, he approached and wanted to kiss my lips but I dodged and struggled he tried to open my hijab and finally opened it and he tried to touch my body, kissing my lips, ears but I struggled until my hand was held with his hand and my head hit the wall

That’s where my brain thought that if I rebelled, I’m sure he would be more violent and force more while his strength is stronger than I can do “I was really raped, not only touched to this extent, there she had opened her pants belt, I tried to fight back calmly, I finally got it.

I can dodge and stay in the corner, I really want to cry because the door is locked and I want to scream, I threaten him if you dare to be like “I will scream. And his answer is please shout, you will be ashamed of yourself, I was silent because yes that’s his area where I am shouted

Maybe it’s also his friend and it could be that my fate is even worse, there he said I didn’t want to do anything, oh shit. Even though he was intent on raping me, I spoke well “don’t you think that you also have a younger sister. And I even lectured him finally succeeded

I managed to get him to not force me, he said then what do you want? Want to block please, I didn’t block the number because at that time I thought I could use it as evidence. Finally, I asked to go home and I managed to get home safely without having sex.

But after that I was severely traumatized and intended not to meet anyone and was afraid of men “until I felt humiliated because I had been touched by a man” it was more than a month until I could return to normal but I did not dare to tell anyone.

My message to the heart “with men” that you know especially online and be good at taking care of yourself, even though this trauma is still not completely gone because I still blame my stupidity at that time, but thank God I didn’t get HS or so.

Thank you to the author for telling the story