IT People Blog – This time we will discuss the advantages and disadvantages of augmented reality, as one of the technologies that has recently been very intensively developed. Augmented reality (hereinafter called AR) is a technology that has the ability to combine unreal (virtual) objects into the real world. This technology has undergone many developments because of its various uses.

There are many things that can be done with this AR technology. For example, we can make certain simulations on objects directly, without having to make many changes. The real world seems to have artificial objects that can easily be placed. This is of course interesting, because the existing reality feels more and more diverse and we can also do things that are simulated.

Some of us may still be confused about what is the difference between AR technology and virtual reality (VR). In simple terms, we can define VR as a technology where the surrounding environment will be completely changed virtually. Usually this uses additional tools such as VR glasses. VR technology also hinders our access to the real world because we will be presented with artificial views that can only be enjoyed through screens and limited space.

In contrast to VR, AR technology provides the opportunity to incorporate virtual objects directly into the real world view. This is certainly more exciting because often we want to see firsthand how the object looks in the real world. AR technology is developing very rapidly at this time. We can see various kinds of simulations using AR technology, which of course is very exciting and also exciting.

At the beginning of its development, AR technology was still very simple. We may be amazed at how 3D virtual objects can be combined directly through the camera. You name it, some games also adopt this AR technology such as Pokemon Go! This game can make us look around and catch ‘pokemon’ directly. This is the simplest example of the application of AR technology. 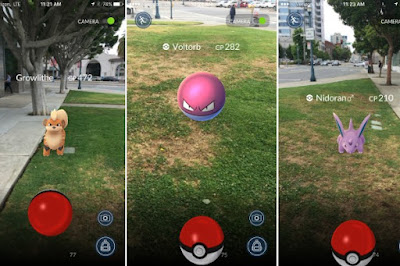 Another application that has also begun to be developed is regarding direct simulation of architectural buildings or room decorations. Some online buying and selling services also often use technology to provide opportunities for potential buyers to see firsthand how the virtual appearance of their products when used later. 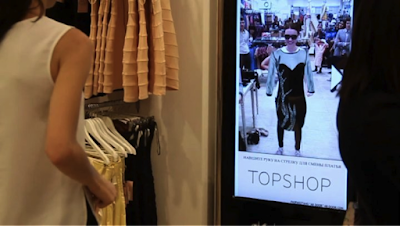 Of course, this will further increase the attraction and interest of buyers when they actually see virtual objects that can be placed directly in their real environment. This is an example of augmented reality that is starting to develop at this time. But, what about the advantages and disadvantages of augmented reality itself?

Seeing the development of this technology, it is not surprising that AR technology has many advantages. Here are some brief descriptions of the advantages of AR technology:

AR technology has more appeal than the usual 2D or 3D visual display technology. Someone can enjoy this technology more interactively because they can ‘touch’ virtual objects directly. The real environment that surrounds it provides an opportunity to see more clearly what the virtual object will look like if it is present in real life.

Believe it or not, AR technology is now even accessible via your smartphone. Of course this is one of the advantages of AR technology. The capital needed is a camera and also a cellphone that is capable of processing AR quite well. Usually this AR technology is also connected online so that it can be easily accessed. The choices are many and varied. We can immediately try it by downloading the AR application in the Play Store or App Store.

AR technology provides the opportunity to perform live simulations. For example, if you intend to buy a make-up product, just point the phone at your face and you can start simulating the make-up product. This will provide a simulation which of course can be viewed live. Pretty interesting, right?

Although it looks unique and quite interesting, there are some weaknesses of AR technology that may still be being refined. Some of these weaknesses include:

Read also: What is securities crowdfunding?

Seeing artificial objects in the real world directly is indeed interesting. However, currently AR technology is not very smooth in making the object look real. 3D images sometimes still look too cartoonish. Therefore, the refinement stage is still being developed. This is also the reason VR is often considered more capable of creating a realistic impression. This is because indeed the world of VR is all made ‘artificial’ rather than AR which is trying to remove these boundaries.

Although you could say that AR has started to be accessible via mobile phones, there are actually special devices that can be developed. The hologram display is actually one of the attractions that makes the reality of AR more real. However, the development of such devices is of course not easy. The high cost of these devices makes the development of AR relatively slower.

Almost similar to the problem of objects that look too fake, AR technology is also less able to cover everything. For example, an environmental design may only be able to display a few objects and not be comprehensive. Of course this is different from VR which is considered to be able to cover more things.

AR technology has enormous application and potential. One of the benefits of augmented reality that we can feel today is for example some products that can be seen virtually. We may also often use the filter features of some software for fun. Those are some of the simple benefits of AR technology that we can slowly begin to enjoy.

In the future, this technology will also be more developed. For example, in the film industry, AR technology can be a solution to create a more integrated animation and also a faster creation process. In other fields such as the health sector, the learning process using AR can be more interactive because we can see the anatomy and structure of organs virtually. All of this development is still being done to further refine AR technology.

So how? Quite interesting is not this AR technology? What is clear, the progress and development of the times will make this technology more superior and will also be used in various fields.

AR technology offers various kinds of convenience, especially in terms of making certain simulations. It also provides the opportunity for further development of more advanced technologies such as more realistic holograms. Hopefully this information on the advantages and disadvantages of augmented reality is useful and don’t forget to check out other interesting information about technology.