IT People Blog – Android cellphone users sometimes experience problems with signal if they are in certain locations. For example, when you are in your hometown or in remote villages, the operator’s signal often does not reach those areas.

Therefore, many are looking for ways to strengthen the Android cellphone signal in the village. In order to obtain an optimal signal and help facilitate smoother communication so that you feel at home for long.

The following is a collection of tips for strengthening mobile phone signals in villages;

The first step that can be taken to strengthen the Android cellphone signal in the village is to use a third-party application. There are several alternative choices for mobile phone signal booster APKs, including Signal Guard Pro, 3G/4G Speed ​​Optimizer, and so on.

Simply download the application through the Google Play Store. Then install the application on your Android phone. How it works, when the cellphone loses signal, the signal booster APK will re-scan the network in less than 10 seconds to find alternative 3G/4G networks around the area. Apps like Signal Guard pro give vibration effects, ringtones, 3 LED modes when the cellphone signal is weak

The next alternative to strengthen the signal in places where the signal is difficult is of course by choosing the best cellular provider card. Usually each area has an area with different characteristics. So that the signal preferences of the SIM card will also be different. For example, where my boyfriend lives, in Krenceng village, when he entered the location, for Axis, XL, Indosat, 3 (Tri) cellular provider users, the signal immediately lost

Try asking which provider card has the strongest signal in the area and then choose the best operator. Thus you can continue to enjoy network facilities for internet, call and SMS services as usual.

Most smartphones are now equipped with 2 SIM Card trays, some Servo brands also have up to 4 SIM Card Trays so you don’t have to worry.

Then another tip for those who want to know how to strengthen the Android cellphone signal in the village, namely by setting the network to 3G/4G “only”. Generally, most cellphones use automatic Network mode so that the cellphone collects all detected networks, sometimes 3G-sometimes 4G and doesn’t switch to another network mode even though the selected network signal is weak.

Therefore, change the automatic network settings to “only” settings. So that later the smartphone will consistently only look for certain signal networks. For example, specifically for the 4G LTE network. 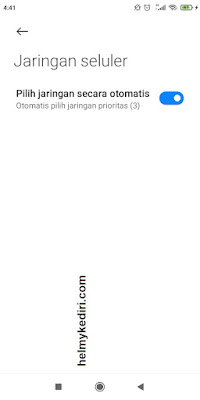 Many do not know that locking a smartphone on only one network helps strengthen signal reception on the cellphone. Especially if you use an Android phone that supports two or three SIM cards at once. Often users forget to choose an internet connection at a certain provider. So that the signal on the smartphone will take turns looking for the appropriate network.

To avoid this, you should lock the connection on only one network. Choose whichever network is stronger with better signal. So that later Android phones can capture better signals and function more optimally.

Read also: Knowing the cellphone was tapped with a code

Surely not many think about how to amplify a cell phone signal with copper? Though this is a creative idea that does not cost much to do. The trick is to provide copper wire with a size of approximately 20-30 centimeters. Then don’t forget to provide a wire cutting tool or it can be replaced with a cutter.

How to make, wrap the copper wire on your Android phone several times. Do not forget to leave a copper wire 5-10 centimeters long. Then the end of the remaining wire is bent so that it faces the top of the cellphone to resemble an antenna. After that try to find a signal with the help of the copper wire antenna. Usually the signal will be better when applying this method. 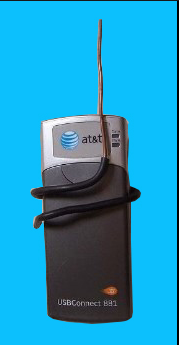 Another alternative to making an amplifying antenna can also be using a simple tool, namely using an iron paper clip. Glue the clip on the cellphone and attach the end of the clip to the antenna socket of the Android cellphone. Do the same way to find a signal using copper wire. Of course, Android phones will get a better signal than before

Why copper can amplify the signal? Similar to the properties of metals, copper can also amplify signals because of its ability to conduct electric current well

The next step is quite simple to do, which is to refresh the network on the Android HP settings. Often many do not think that this simple method can actually help strengthen the signal on a smartphone.

7. Pay attention to the condition of the battery

Therefore, ensuring that the Android cellphone is in a full battery state so that the services behind the layer are able to work optimally in collecting network signals so that they can capture better signals in remote areas.

Because some Android phones try hard to catch the signal until they end up consuming smartphone resources faster and enter saving mode, which means that some service applications in the background experience limited functionality. So to overcome this, of course, the battery condition must be prime and in 100% full condition

Read also: How to find out if your wife’s cellphone has been tapped 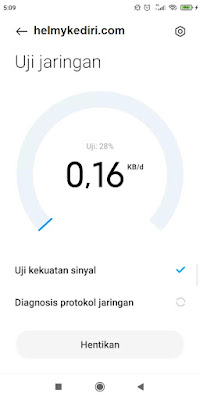 Another alternative to strengthen the signal in difficult signal areas is to find the most strategic location. Some locations often cannot receive a good signal because something is blocked, usually a building, large trees or steel door.

To avoid this, it’s best to try to find the signal at a high altitude. It is recommended to get out of the building or house although this method cannot be done continuously.

If you find a good signal in a certain location, it means that location is the best location that can capture the maximum signal. In addition, to make sure, check the settings in the SIM status section. Here you will see how strong the signal received by the Android phone is. Although this seems quite inconvenient, it certainly helps provide a better Android cellphone signal quality.

Those are some ways to strengthen the Android cellphone signal in the village, my version has proven successful. By following some of the steps above, of course, the HP signal will be stronger. So that communication activities and internet use can be carried out optimally. If you have any other tips, share them in the comments