IT People Blog – In an era where information technology is experiencing rapid development as it is today, the benefits of computer networks can certainly be felt by many people. It’s just that, not many people know the actual benefits that are carried by computer networks.

In fact, almost every job today requires computer assistance, from work in industry, communications, to automotive. For this reason, on this occasion we will review the benefits that can be obtained by having a computer network around us. 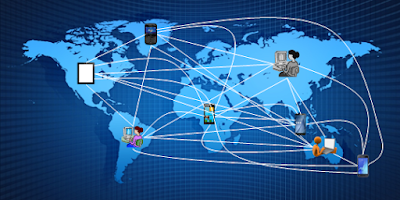 What are the Benefits of a Computer Network?

As explained earlier that computer networks can be utilized in various sectors of life. At least these sectors can be divided into several categories, including the following:

Computer Networks for Agencies and Companies

In this category, the benefits of computer networks can provide many conveniences for continuous work and all forms of data administration. For an agency or company, the benefits that can be obtained are:

The first benefit is the ease of sharing files or sharing documents between one PC and another PC connected to a network. In a company, of course, there are lots of documents or files that must be seen between sections or divisions. That way, the process of sharing files can take place quickly.

The second benefit is to provide security protection for all data that is considered important. This is because for computer networks, especially local networks or LANs, only computers connected to the network can access the data.

In other words, for security issues, this computer network is quite good. It is different from a computer network in the form of a WLAN, which of course cannot be separated from hacking activities because the network used can be accessed by anyone who is within the range of the network.

For information, the server is an important element in a computer network. With a server, all data will be more easily accessible. This is because the server presents the main data that is in a company or related agency. So for anyone who wants to access the data, it will be easier to do so.

Benefits of Computer Networks for Personal and General Public

In addition to agencies and companies, the benefits of computer networks can also be felt by individuals and also the general public. The benefits that can be felt are as follows:

For personal or public, the first benefit of having a computer network is to send and receive emails to each other. This is because electronic mail or email will make it easier for everyone to communicate quickly. Only less than 10 seconds, then the message sent via email can already be received by the recipient.

Who doesn’t know social media? Yes, this one media is a meeting place for all people around the world. This is one of the products that can be utilized by computer network users. With social media, all information can be obtained and sent easily by its users.

For the type of computer network used in social media and similar products, it is to have one central server and several small servers that are integrated with each other. That way, all tens of millions of users can connect to each other. In addition, the central server can accommodate all the traffic that goes into it.

In addition to social media, e-commerce is also one of the products that take advantage of the development of computer networks today. With the computer network, all buyers from various parts of the world can transact with each other.

• Latest News Updates Around the World

The next benefit of computer networks is that people who are connected via the internet can update the latest news in all corners of the world. That way, the development of information will run very quickly.

The last benefit that can be obtained by using a computer network is internet telephone. If in the beginning telephones could only be made via telecommunication networks, it is different now.

The reason is, at this time the telephone also uses a computer network to make calls. That way, users no longer need to spend a lot of money even though they have to make calls abroad.