This method is usually used to validate certain codes such as KTP or NIK numbers where the character length is 16 digits, member validation is based on the registration date which is 8-20 digits long. This affects when saving or editing data into the database with a character length that has been determined by each field by the database system itself.

The author provides a tutorial with two ways to limit the length of characters typed into a TextBox on a Form using VB.Net, namely through Properties and Coding. The author made this tutorial using Visual Basic 2010 Express, you can use the Visual Studio IDE installed on your computer or laptop.

1. Activate Visual Studio with any version installed on your computer or laptop.

4. Go to Properties >>> Choose MaxLength and enter the limit value for the character length.

b. Via Coding (Command Code)

4. Put the command code into the Form_Load scope.

7. The following is the result of typing text in the TextBox. 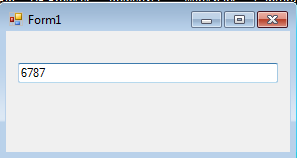