Welcome to Blog-IT-People. Talking about the internet today is not something that sounds foreign to most people like a decade ago, you could say the internet has taken part of the lives of the current generation of humans. Personally, when I work in the office, I also never get away from using internet facilities, as well as at home while resting and spending time reading people’s stories on Quora.

With the internet, distance is no longer an obstacle for someone to connect, the dissemination of information becomes very fast and easy to find, although the positive impact of the internet in modern times is always overshadowed by its negative impact every time.

The internet is so exciting, we are willing to spend a lot of money to buy quotas and pay monthly wifi rental fees so that we can continue to connect to the internet even though internet use is not very useful because some people only become consumers without being able to produce anything from the results of internet activities.

The cellular operator itself has facilitated its users with various choices of cheap internet packages according to their needs, from initially 2G-based connections, now 4G and towards the 5G era, the need for internet quotas is also getting bigger, especially the current social trend encouraging young people to be more active on the internet. and build popularity there

For the official’s son, the need for internet is not a big problem, but for some people, they must be willing to sleep in the kamling post to get free internet service facilities. Internet packages that run out quickly even though you have never streamed movies let alone download files are a problem in itself

Some modern applications work behind the scenes and consume internet quota resources to download some data so that we can view them offline when opening the application, the initial impression does look sophisticated because without connecting to the internet we can read information offline but as a result the internet quota runs out in an instant , then how to overcome the wasteful internet quota on android phone?

You only need to block internet access from a number of applications on your Android phone that look wasteful, unimportant, rarely used, thus the internet quota is more durable and users don’t feel anxious anymore

In fact, Android provides a feature to find out information on data quota consumption from each installed application as well as a feature to block certain applications from connecting to the internet

Since I first used an Android smartphone in 2013 when the OS was still Froyo, there used to be a menu to find out a list of the most data-intensive applications, if my cellphone is a Xiaomi brand, it is located in settings > connection & sharing > quota usage, a list of installed applications will appear with information on the number of data packages. consumed today/all the time 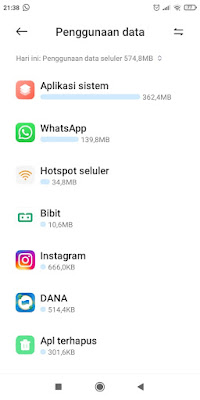 Now you know which applications are the most greedy for internet quota on your cellphone?

The first way can be to use the help of a special internet access blocker application on an android phone that wastes quota without root quickly and easily. This application supports the Android installation system version 5.0 and above and is useful for blocking certain applications’ internet network access via WiFi, cellular networks, blocking roaming 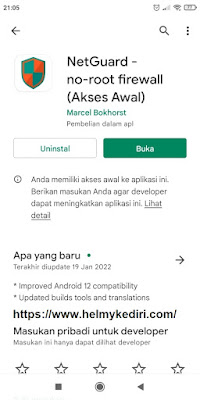 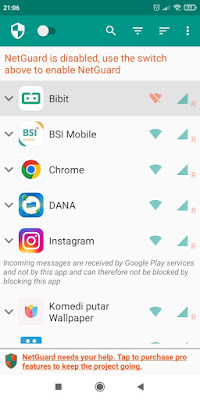 3. Click the application to view further settings, there you can check blocking internet access when roaming, when the smartphone is in a state of lockdown, when connected to a wifi network and when connected via a cellular network 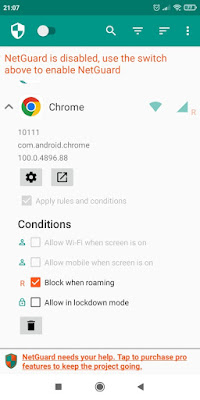 The second way is to take advantage of the features that have been provided by the Android system, I’m sure all versions of Android already support this feature, it’s just that they may be located differently. Here’s how to block android apps that steal internet quota behind the scenes

1. Open the settings menu > then select connection & sharing as shown below (Xiaomi 7A) 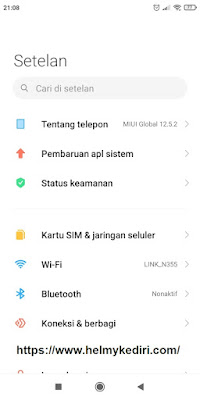 2. Then enter the internet quota usage menu again, and see which applications are consuming your internet package 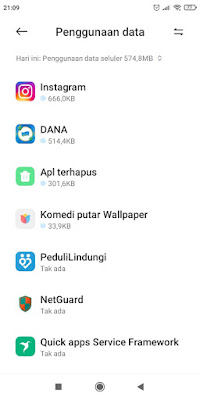 3. For example, here is a WhatsApp application where the internet consumption in a day reaches 142MB, to block internet access via cellular/wifi data, just click the toggle button until the color changes to gray, as well as to limit data access in the background, just slide the toggle button to the right or to the left. left 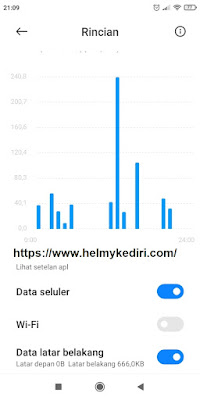 In this way, your internet package becomes more efficient and you can breathe a sigh of relief because some applications that suck up excessive internet quota have blocked access. Follow the tutorial above carefully to succeed. That’s an article about how to deal with applications that consume too much internet quota, I hope what I wrote is useful and thanks for the salary14