IT People Blogs – Windows 11 is the latest released Operating System launched by Microsoft and currently supports almost all brands of computers/laptops with a minimum specification of 4GB RAM. There are several interesting features that you can get when you decide to install Windows 11 or upgrade the operating system from the previous version of Windows 10 to Windows 11. No wonder you are curious about the latest features offered by Windows 11.

Back again to the features that are owned by Windows 11. For those of you who are really curious… what are the newest features in the Windows 11 operating system, see this review to the end.

For example you are playing a video from YouTube, a song on Spotify, a video stored on your laptop or PC will be displayed in the action center and you can do random playback.

Through this Action Center you can control all the currently active media in one window. This is one of the interesting features that you will not find in the previous version.

Furthermore, Windows 11 has a new UI with a more modern design with slightly rounded corners with a pastel feel. The user interface display that can be felt is related to the major changes in the new position of the Start Menu Taskbar. Windows 11 features a smoother UI with better functionality than Windows 10. 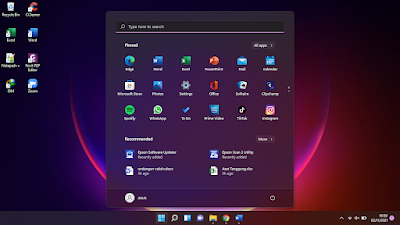 It looks like Microsoft has done a massive redesign to create Windows 11. Besides bringing a new look, many new icons have also been added. 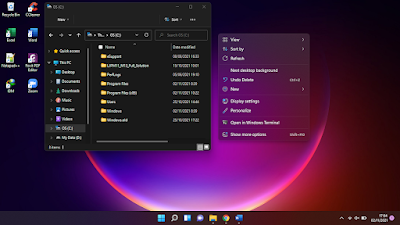 Support from Intel and AMD processors is what makes this Windows 11 feature capable of running Android applications. What’s more, you don’t have to sideload apps every time, because Windows 11 also features an App Store powered by Amazon.

Windows 11 gives you easy access to virtual desktops. For example, like MacOs. Through the new operating system Windows 11 you can access a virtual desktop by clicking the Desktop icon on the Taskbar. Then change the name or recreate the desktop on a laptop or PC at will

Well, here you can set different wallpapers on different desktops. So later there will be 2 desktop accounts on your PC. Interesting isn’t it? You can configure the virtual desktop easily.

This operating system is equipped with capabilities and features a fairly high refresh rate. When your PC has a high refresh rate, its performance will be faster to access any program and reduce the effects of prolonged lag

In addition, there is also an automatic HDR feature where you can get a more visually exciting viewing or gaming experience. The video or game you are playing has a smooth transition of image movement.

Windows 11 users will get a much smoother update process compared to previous Windows. The speed of Windows renewal has been promised by Microsoft in its conference

The thing that makes it even faster when updating is the support for the background installation mechanism. So that the download and install process can be done simultaneously.

The Windows 11 operating system brings a new look to the explorer window. The set of menu icons has been redesigned so that it looks more modern and minimalist. Not only are the icons different, but the context menu display has also been updated

Apart from paying attention to the appearance of the design, this menu also focuses on accessibility for increased functionality which makes file management easier. With this new design, you can find it easy to do good file management

The existence of the widget itself is like an optional feature that is needed by some computer users because through this widget users can get additional features to facilitate their work, for example a widget for making personal notes (sticky notes), a widget containing a weather forecast for the next few days, a calendar scheduling widget, latest news widget about sexual crimes or stock prices

The widget design bears a resemblance to that of MacOS, Monterey. Where users can display several panels that contain information, so you don’t need to open the application but the information is already displayed on the desktop screen.

Well, what is no less interesting is that there is a feature that integrates the Teams application into Windows 11. Here you can form a small group consisting of colleagues by adding a Microsoft account user from each of your friends. 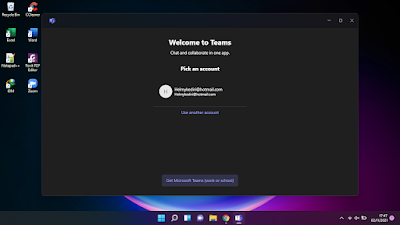 The location of the menu is in the task bar and has a video camera icon, in addition to sending messages via chat you can also make video calls for meeting discussions. Another advantage is that users can customize the appearance of the application on the task bar to display a row of applications related to work so as to speed up access when needed

Furthermore, the Windows 11 feature update on the Microsoft Store has been supported by various applications including the .NET platform, Win32, Electron, Java, React Native, and others. Even now, Windows 11 also offers themes and extensions for Microsoft Edge. Navigation carried by Windows 11 makes it easier for users when surfing the virtual world

If the computer specifications match Windows 11, please upgrade the operating system through the Windows Update menu

If it doesn’t support it, don’t force it to reinstall by downloading the .ISO file because I’m afraid the performance won’t work as well as you imagine

More details: How to install and upgrade windows 11

Well, those are some of the dancing features of Windows 11 that you can get. For those of you who are curious and want to try the interesting features, you can directly update and install Windows 11 on a laptop or computer. wwwhelmykediricom